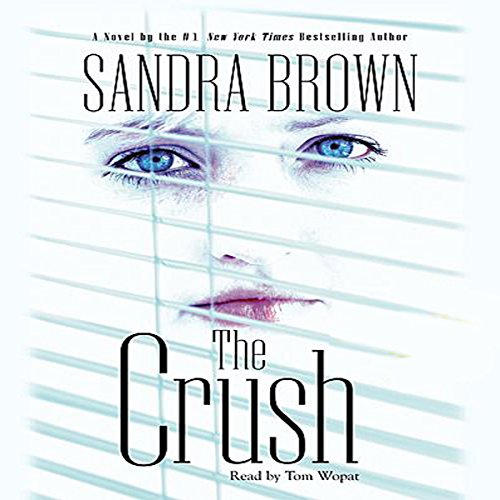 When Dr. Rennie Newton is summoned to jury duty, she brings to the courtroom the same level of competence that she displays in the operating room. Her commitment to precision compels her to deliver a "not guilty" verdict in the murder case against notorious contract killer Ricky Lozada.

She will learn to regret this decision, because Rennie's trial with Lozada doesn't end with his acquittal.

Her carefully structured life begins to crumble when a rival colleague is brutally slain. Lozada's menacing shadow looms over the murder, but it's Rennie the investigators focus on as a prime suspect. The privacy she has cultivated and protected at all costs is violated by the police as well as Lozada. And when he begins an earnest courtship, it becomes terrifyingly clear that he is obsessed with having her.

Wick Threadgill is a detective on indefinite leave from the Fort Worth PD, who has a personal agenda for the contract killer. Temperamental, bitter, and driven by loyalty and love, Wick is determined to destroy Lozada.

In order to defeat Lozada - and save their lives - Rennie and Wick form an uneasy alliance. Distrustful of each other, they know only one thing with absolute certainty, when this killer strikes, they won't see it coming.

What listeners say about The Crush

Sandra Brown is queen of suspense. It was a good read.. but lacked her usual fast pace. Narration was also fine. The chemistry between Wick and Renee wherawesome. overall a good short read..

Perfectly narrated drama of life and death of an ER surgeon being stalked. A story written in 2001 highlights just how far women's rights have come with regard to stalking laws and proof. Well planned, excellent dialogue. Short and very sweet. ENJOYABLE

Where is the missing half?

At the end it felt like half of the book was missing. There were no characters development or relationship build up, so typical for Sandra Brown books. I was disappointed.

I’m relatively new to audible, so the fact that this book is less than half the running time of another Sandra brown book I purchased didn’t even click with me. I never noticed the “abridged audiobook” label. I’ve actually read the book so I realized quickly that big chunks were missing. The reading performance is great, but if I had known this wasn’t the full book I wouldn’t have wasted my money. I wish they made the abridged label more prominent somewhere for the benefit of people in a rush and not quite paying attention like me oops.

The abridged version is bad

Where is the rest?

I was disappointed in only being able to listen to a small portion of the book.

I had read this book. An, it is skipping several details from the book not just in one chapter, but multiple chapters. It would be better if you guys actually stick to the book and not jump through pages

Not worth the price

Boringly boring. I usually like Sandra Brown's books, but this one was not up to par.

Crushed is the true feeling

This book keeps you on the edge. You want to know what is coming next. I liked getting to know the characters. You will not be disappointed.

Wish had known it was abridged

Wish it was displayed apparently when books are abridged. Such a waste of a purchase 😔

The narrator was awful. Rick or Wick was a real dud. Wasn't necessary to kill the horses. Very disappointing.

I wish it wasn’t bridged

This is one of my favorite stories I purchased a cassette years ago and when I saw that this book was on audible I purchased it as well even though I saw that it was a shortened version I love this story I’m sorry that we don’t have a longer version I keep looking on audible to see if they possibly put a longer version out there but to my disappointment you have not. I will still advise getting this book because I love the story the narrator does an excellent job portraying all the all the characters.

Tom Wopat drove the story very well. He was totally believable as the female characters.