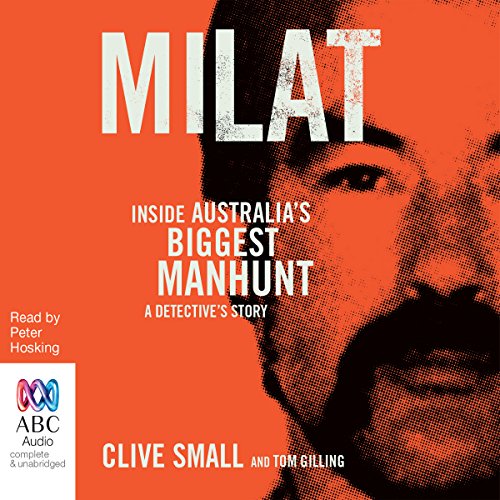 By: Clive Small,Tom Gilling
Narrated by: Peter Hosking
Try for £0.00

A true insider's story of the backpacker murders from the detective who led the team that arrested Ivan Milat.

Milat - the serial killer who preyed on young hitchhikers. The backpackers - the innocent victims of a brutal murderer. Belanglo - a place that became synonymous with pure evil. It was the biggest and most complex manhunt in Australian history, an investigation that gripped a nation. Behind the many false leads and dead ends, precious clues emerged that pointed to one man.

This is the story of how Ivan Milat was caught. Clive Small takes us inside the operation he led as his team painstakingly pieced together the evidence that put Milat behind bars. But questions remain. Did he act alone? Were there other victims? How much did his family know? And what of his great-nephew, who brutally killed a young man in 2010?

Chilling, forensic, compassionate - this is the definitive story that could only be told by someone at the centre of the police operation. It is also a powerful argument for the investigation of more than 100 unsolved murders.

What listeners say about Milat

A famous case from the eyes of the detective

Milat is the name that everyone in Australia knows. And not just Australia. Beautifully narrated by Peter Hosking, this harrowing tale spoken from the viewpoint of a lead detective is forensic as you would expect. This is not a true crime thrill, so if you are into one - don't bother. Instead, this is a poignant and matter-of-fact story of a murder, evidence, the procedure, and conviction. Clive Small talks about the dilemmas and challenges they faced as the case was unfolding, and gives us an honest account of what was surely one of the most notorious criminal cases in Australian history (and add some more interesting ones for good measure).

For such a dramatic story, this was one of the dullest, driest, and least organized.

True crime stories can take many different directions. I prefer true crime that focuses on the victims' lives and the social and cultural settings of the murder. I don't need a lot of gory crime details or hypotheses about the killer's life. This story takes a different direction entirely. In the first half, the Backpacker crimes are discussed, the evidence against Milat is presented, and Milat is convicted. It is very short. The author, a lead investigator on the team, goes on to talk about the damage caused by another investigating officer he had to remove from the team. In the second half, random crimes are discussed. They start will crimes potentially committed by Milat and then the crimes not connected to Milat at all are presented. It is a little puzzling, but it wasn't a bad story. The narrator was very good.

Author is writing for his personal benefit

Did not include much about the actual murders. I found the author (a member of the police force involved in capturing him) to be very defensive. Large parts of the book seemed to be his response to people who had criticized his investigation. Also included a lot of material on several other crimes that were only very tangentially related.

I found it difficult to follow and maintain interest in.