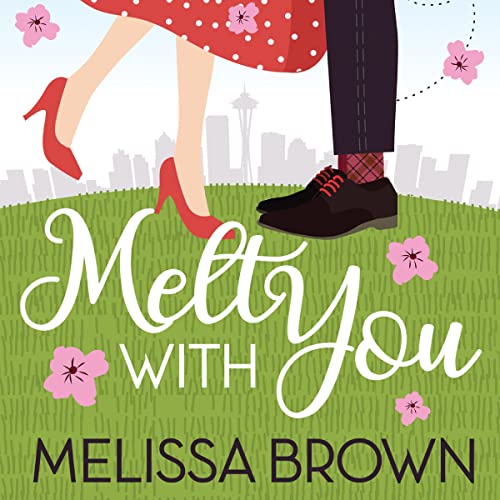 By: Melissa Brown
Narrated by: Amelia Mendez
Try for £0.00

Maren Mercer does many things. She owns “The Lit Wick,” a successful book and candle shop in Seattle, she never misses a yoga class, and reads at least two books a week. Maren never thought, however, that she was capable of saving a life. But, that’s exactly what she does.

And it changes everything.

Peter McTavish expected many things as he rushed to the hospital to see his injured father. He expected bruises, IV bags and counsel from doctors. Peter, however, never expected Maren. But there she was—gorgeous, shaken and gently holding his father’s hand.

Author's Note: This title was originally published as Melt with Me: A With Me in Seattle Universe novel.

What listeners say about Melt with You

The Trials and Tribulations of Modern Day Romance!

I enjoyed this audiobook. I enjoyed the characters and their dilemmas. Maren ends up providing first aid to an older man which leads to a series of interesting events and a potential romance. Sounds easy enough except for the usual modern-day challenges, including friends with benefits, mistyping phone numbers (darn those tiny smart phone touchscreen keypads!), nosy friends and more. This relationship may seem doomed from the start but the characters are both sweet and stubborn, thank goodness! Maren and Peter's relationship is sweet and fun to listen to. They are surrounded by the best of friends who, from the look of things, have their own stories to share! I am already looking forward to them!

How your life can change, and in a good way. With just one action.
Maren is the owner of “The Lit Wick,” a book and candle shop in Seattle. One day she finds herself saving a life.

Peter McTavish is does not know what to expected as he rushes to the hospital to see his injured father. But he finds a gorgeous woman holding his father’s hand.

I enjoyed the narration of Amelia Mendez

This was a sweet romance. The characters are well developed and you can't help but like each one. The h becomes part of the H's family after saving his father after an accident. They are a perfect match but after some misunderstandings and meddling exes, they almost lose each other.

This was a frustrating listen. I struggled to make it to the end. The story started out well, but quickly went downhill. The characters started to grate on my nerves and I could not wait for the story to be over.