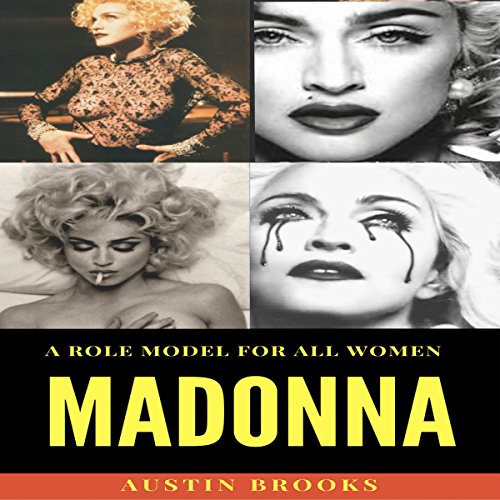 Madonna: A Role Model for All Women

By: Austin Brooks
Narrated by: Cynthia Ann
Try for £0.00

An overview of Madonna’s life story and what we should learn from her.

Madonna is an incredible female icon, role model, and figure of undeniable talent. Born in Michigan in 1958, she has become a woman everyone around the world knows for her gifts, capacities, career, and philanthropy. Through hard work, determination, and an incredible penchant for not following any rules but her own, she has become a female leader that all women can honor as an example of how to improve their own lives and succeed through hard work, willpower, and determination.

Madonna grew up in Michigan but moved to New York City while she was in her late teens. It is there where she began paving the path to fame and success, which would in turn allow her to become the voice for a generation and the leader that so many women around the world hold in high esteem today.

Through constant reinvention of both her voice and her image, Madonna has shown that success is also a direct result of being yourself - something increasingly important for young women today to hear. In a world where people are often tempted to follow the pack, Madonna goes to show that being who you are and staying true to yourself is beneficial in a myriad of ways and will pay off in the end.

In this audiobook, we will see how Madonna became the woman we know today. Despite criticisms, obstacles, and many hardships along the way, she has become one of the music and entertainment industry’s best known and most admired faces. For women all around the world, she is a voice to be heard and a figure to venerate.

Listen and see how you, too, can become the person you have always wanted and were always meant to be. Get this audiobook now and start off on the path to being yourself and no one else!

What listeners say about Madonna: A Role Model for All Women