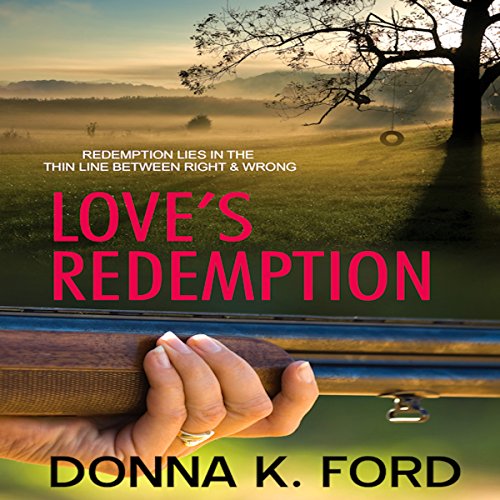 Sometimes a sacrifice is the purest form of love.

Rhea Daniels is a survivor. Just released from prison for the murder of her pedophile father, she is trying to put the past behind her and build a new life. When Rhea goes to work for Morgan Scott, an ex-priest with a big heart and a damaged soul, Rhea is challenged to face her wildest dreams and worst nightmares.

And Morgan isn't without challenges of her own. When a man with a grudge comes to claim his revenge, she learns that, sometimes, there is no clear line between right and wrong. And sometimes redemption is about being willing to take a stand.

What listeners say about Love's Redemption

The story was well written. The characters were well drawn. The environment and scenes were visible in my mind's eye.

Intense scenes were appropriately tense. The cadence was mostly good. The main characters personalities and voices were absolutely drawn for us through the narrators understanding of their well-crafted descriptions from the author's work.

Unfortunately, the narrator has a tendency to be limited in tone. At the same time, the quiet or sensual seemed to elude her; too loud and/or high-pitched when she should be quiet, tender, or sensual. I like her voice, but, too-high-expectations can be blamed on the narrators who are also actors. There's no visual queues, so we rely on the actors to set the tone. Find the sexy in you so that you bring us in the moment and not just reading words on a page. It is a good start to a future in entertainment.

I was mislead about the book

I don't know who would enjoy this

What was most disappointing about Donna K. Ford’s story?

I couldn't even finish it.

Would you be willing to try another one of Paige McKinney’s performances?

No, she reads too fast and has no feeling for the story.

It seemed to have a good story line but was not going anywhere.

I really enjoyed Love's Redemption. It is a story of love and redemption. One thing really bothered me. Rhea's parole officer, also Morgan's sister, allowed Rhea to go out into the corridor of a hospital to be questioned by police. Hello! Could someone please go with her! Accompany Rhea. This really bothered me. Also at the end the lack of medical care for Rhea.