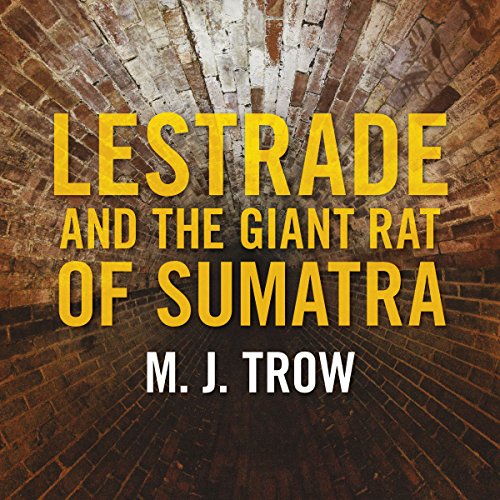 Lestrade and the Giant Rat of Sumatra

Everybody, they say, has a book in them. Retired Chief Inspector Walter Dew certainly did. But, under the streets of London, something stirred.

More than that, there was a muttering that grew to a grumbling, and the grumbling grew to a mighty rumbling. Then out of the houses, the bodies came tumbling!

Superintendent Sholto Lestrade, with Dew by his side and the rookies Bang and Olufsen in his wake, must go Below to face their demons, to find a murderer whose machinations will upset the infrastructure of the richest city on earth. Will any of them live to tell Dew’s tale? The tale of a rat.

What listeners say about Lestrade and the Giant Rat of Sumatra