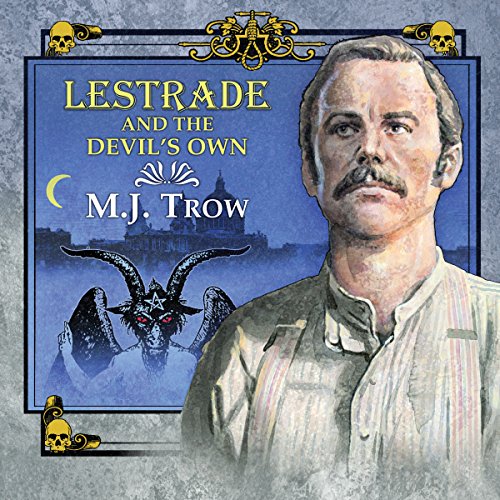 Lestrade and the Devil's Own

Lestrade had never been arrested before, although he had often had his collar felt by unsuspecting constables. But now a woman has died in his arms in a London pea-souper, and he is not only arrested but facing the drop.

Millicent Millichip, in the wrong place at the right time, is neither the first nor only in a series of murders by someone so cunning that all the brains of the Yard can’t catch them - and this despite the calling card left helpfully at every scene.

In his time Lestrade has found it hard enough to follow a case, but from the condemned cell in Pentonville it is even harder.

What listeners say about Lestrade and the Devil's Own