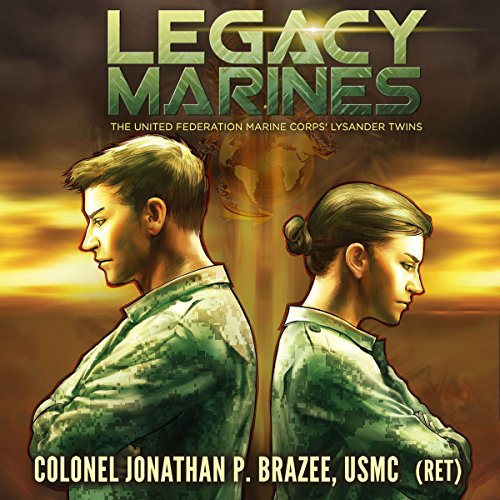 By: Jonathan P. Brazee
Narrated by: Maxwell Zener
Try for £0.00

Esther and Noah Lysander are the twin children of General Ryck Lysander, Commandant of the Marine Corps, leader of the Evolution and Chairman of the Federation. When they are told that their father and mother have been assassinated, they are both devastated. Cut adrift, they each decide to enlist in the Corps - but for different reasons.

Esther feels it is her duty to carry on the family legacy, confident that she can excel and reach the top. Noah simply wants to earn his father's pride, even if it is too late. As children of General Lysander, they are not “normal” recruits. Seniors and peers are well aware of their background, and the twins can't escape the public eye. From under their father's heavy shadow, the two have to discover his or her personal path in the Corps, even when that seems to pull them apart from each other.

What listeners say about Legacy Marines