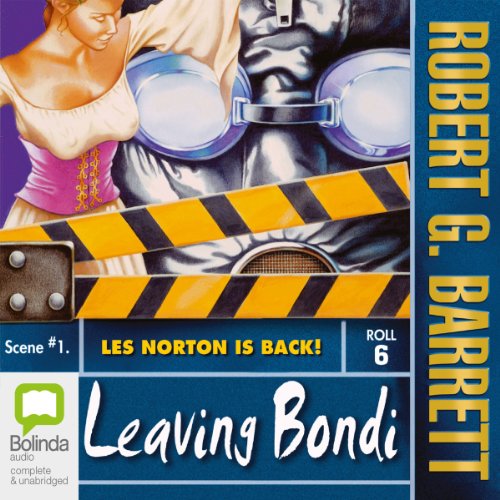 By: Robert G. Barrett
Narrated by: uncredited
Try for £0.00

Narrator Dino Marnika eases himself into another Les Norton story, and listeners will welcome his familiar, breezy performance. This time around, Les has just put in $50,000 into Gull's movie, figuring he'd become the next Sam Goldwyn. Instead, he finds himself accused of sabotaging the production with a bomb, and next thing he knows, he's on the run from the law. Marnika handles the outsized characters - including Satanists, drug dealers, poets, and DJs - with aplomb, never rushing through the story but keeping its pace tight as Les tries to clear his name.

Les Norton is back!

Les figured by tossing $50,000 into the Gull's movie he'd become the next Sam Goldwyn. Only someone put a bomb on the film set. And who gets the blame? Now Norton's a fugitive from the law, desperate to prove his innocence. Satanists, drug dealers, nutty poets, blabbermouth disc jockeys - everybody between Sydney, the Blue Mountains, and South Australia wants a piece of Les Norton. So what are Norton's chances of clearing his name and coming up smelling of roses? VFO. But rely on Les to come up smelling of something.

"The king of popular fiction." ( The Australian)

What listeners say about Leaving Bondi

Les's look at South Australia but the ending was like Barrett had run out of time and had to think of an ending quickly.

Was Leaving Bondi worth the listening time?

I will listen again but not often