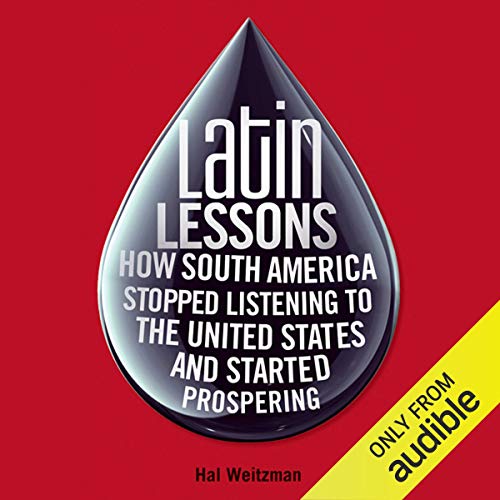 By: Hal Weitzman
Narrated by: Chris Kaiser
Try for £0.00

The mistakes the United States has made in Latin America - and the high price it will pay for them.

Could it be that for the first time in history, the United States needs Latin America more than the other way round? Since the early 1800s, the United States regarded the region as its backyard, but in the past decade South Americas leaders have increasingly snubbed US efforts to persuade them to adopt free-market economics and sign trade agreements. While Washington has been distracted by military campaigns elsewhere, rivals such as China, Russia, and Iran have expanded their clout in Latin America, and US influence in the region has fallen to a historic low - at the very time that the United States has become more dependent than ever on exporting to Latin America and importing its oil. Combining sharp wit and great storytelling with trenchant analysis, Hal Weitzman examines how America lost the South and argues that if the United States is to find a new role in a world of emerging superpowers, it must reengage with Latin America.

What listeners say about Latin Lessons

Great book for getting to know modern Latin Americ

Would you listen to Latin Lessons again? Why?

Yes. It's a great book on background for understanding Modern Latin America

The information and analysis

Who would you have cast as narrator instead of Chris Kaiser?

No. He doesn't know how to pronounce Spanish at all.