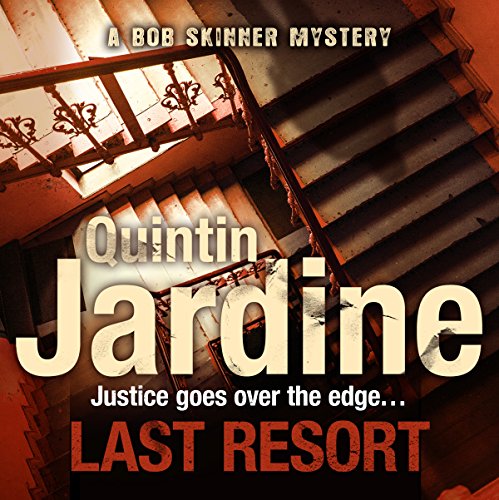 After thirty years of service, former chief constable Bob Skinner faces the possible end of his police career at its pinnacle. A quiet trip to Catalunya to contemplate his future soon takes on a different flavour when Skinner is approached by an old friend, media owner Xavier Aislado, with an unusual request. One of his business' brightest talents, Hector Sureda Roca, has vanished without a trace. Now it's up to Skinner to track him down. But as he conducts his search, it soon becomes clear that another manhunt is also in progress and that he himself is the target.

While his daughter, Alex, fights that battle on the home front, his search for Sureda takes one sinister turn after another until he is faced with the toughest question of all. Is natural justice sometimes the only answer?

What listeners say about Last Resort

The Last Resort but (I think) not the last of Bob

A good story and well narrated. A few reminisces into past books and the exploits of his latest lovechild - now an adult. I think we have not heard the last of Bob Skinner but we will hear of him in a different role in the future. A worthwhile listen.

Excellent story line and also the narration. Always love this author's books and this one is as good as ever. Wish he would write quicker as I can't wait for the next 'Bob Skinner'.

I love these books but felt that the plot wasn’t convincing and felt as if it was two books with a tenuous link joining them. I missed the characters from Edinburgh and the new characters from Glasgow. I miss Maggie Steel and the rest of the crew. Bob on his own with Alex as his sidekick didn’t have the same interest for me.

I would! Refreshingly interesting and captivating with little gore, its a fascinating amble of a complex murder hunt through perspective of a retired senior Police Officer.
Thoroughly enjoyed.

What does James Bryce bring to the story that you wouldn’t experience if you had only read the book?

fascinating and appropriate voice changes that are clear to recognise and follow.

No, but laughed out loud a few times and also exclaimed when certain events compelled surprise or affirmation.

Thank you= thoroughly enjoyed it.

Would you listen to Last Resort again? Why?

I have now listened to all of the series of the Skinner books and may listen again after a few years gap.

I have always enjoyed the characters in the Skinner books and the way they grow older and their evolve, they marry, have children, characters die as they do in real life.

They all merge into one.

I would highly recommend the whole Skinner series.