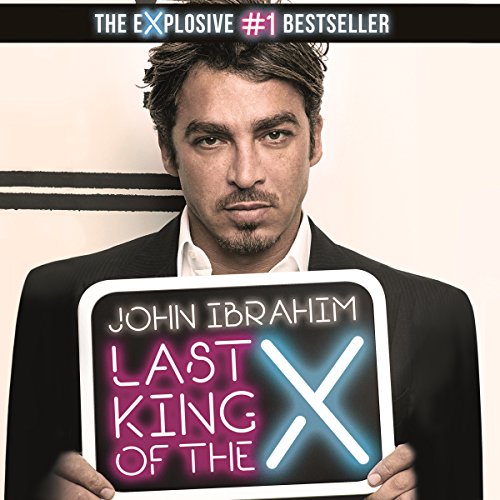 Last King of the Cross

Winner of the Danger Prize 2018

John Ibrahim's incredible life story told in his own words.

In the mongrel tongue of the streets, John writes of fleeing war-torn Tripoli with his family and growing up in Sydney's rough and tumble west - before establishing himself as a tough guy and teen delinquent, then a bouncer, enforcer and nightclub king on the Golden Mile.

Bullets fly, blades flash and bodies fall. In a city of shadows, John builds his army and empire - partying like a playboy prince of darkness while staying one step ahead of the cops, the outlaw gangs and hungry triggermen plotting to take him and his family down.

Crazier than Goodfellas, more compelling than The Godfather, Last King of the Cross is a colourful crime saga like no other and powerful proof that truth is always stranger than fiction.

What listeners say about Last King of the Cross

Best book ive listened to in a long time.

Candid, Sometimes to candid John Ibrahim like him or loathe him was the undisputed King of Sydneys night time industry. The book reveals the behind the scenes people,personalities and events that shaped that very industry and at the thick of it all was John Ibrahim if you want to know or gain a gliplise of those what was behind those neon lights and glitz and the glam this book is a must read. John Ibrahim Thank you for giving the public an insight into that world.

A real gem, Great story difficult to put down.

A really gem of a find, i just wanting to keep finishing the next chapter. Not like some of the usual stupid gangster books he came over as a genuinely smart business man, ok you don't want to upset him but it was a business it to him. there was the usual funny stuff of normal life and the tragic deaths as well. it exceeded my expectations.

A great book told well. Very funny at points and being a club manager myself I can appreciate a lot of John’s views and sentiments. For real crime and what really goes on in clubland spot on.

Being an expat and ex-Sydneyite who was an occasional visitor to the Cross back in the day, this book made me homesick at times and eventually sad for what the powers that be have done to this famous nightlife hub of Sydney.
Having been away from Sydney for most of the period the book covers I know from the news stories I have seen that John has been defined not by his character but by association to either places or people. He had a dream and went for it. More power to him and what he achieved.
I loved the book and finished it in record time. I had to check at one stage to see if he was narrating it himself. That's how good a job Alan King does narrating one of my new favorite audio books of all time.

Thank you for taking the time to share your story. There's a lot of good messages in here that I wasn't expecting.