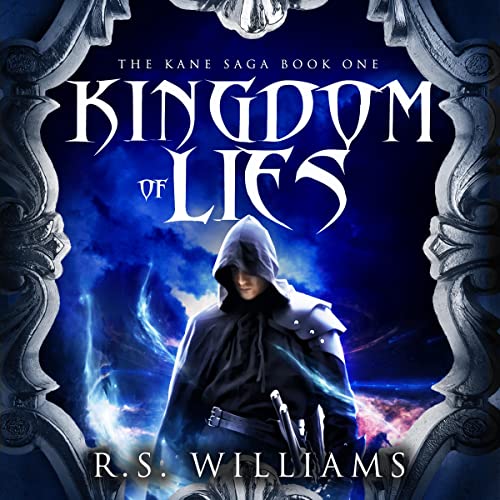 Magic is back in Adelith, and with it the return of Cyran.

Elijah spends his days preparing for the annual Hollom horse race and working at his guardian Merrick's forge. That is, until Merrick is summoned back to Castle Aebarrow in Adelith by the king.

Unable to stay in Rheanydd without a legal guardian, Eli is forced to go with Merrick, who takes up the position of captain and trains the new guards. But the more time Eli spends in Adelith, the more his lost memories resurface—and they throw up worrying questions about his past.

As a member of Princess Sienna's Elite Guard, Eli saves her life when it's threatened by the presence of a mysterious Missing Prince. Eli's heroics incur the wrath of a mad sorcerer known only as The Master, hell-bent on ending the courting prince's life.

Elijah enters a dangerous path of self-discovery where magic and secrets intertwine. The truth about his past is within reach, but can he unlock his memories and solve the riddles in time to save the true heir to the throne? Or will the castle be brought crumbling down once more?

What listeners say about Kingdom of Lies

Fantastic gripping story, always wanting to give you another page turner. Definitely a series to watch. Loved it.

A UNIQUE STORY THAT IS FANTASTIC, CLEAN AND FILLED WITH MYSTERY AND ADVENTURE!
WILL HE REMEBER HIS TRUE LIFE AND IDENTITY? NARRATOR IS FANTASTIC!

The story is an entertaining new fantasy. Imagine what it’s like to live a lie believing it to be the truth… and discovering what you believe is the truth to be a lie. The story sucks you in at a good pace and is extremely original in it’s telling. I’m excited to see where the story goes from here. If the description even vaguely struck your fancy, pick this up!

Narrator had good differentiations and a pleasant tone.

—I was given this free review copy audiobook at my request and have voluntarily left this review.

Great Start In A New Series!!

My first read from this author and I wasn't disappointed. I found myself getting caught up in the characters and the story. Lots of mystery, dark secrets, and intrigue. Very enjoyable audio narration. Looking forward to more!!

Great start to an epic series

Elijah has been raised by his uncle since he was a small boy, living in a small village where he was worried about nothing but training to win a horse race. But things change when King Roderick sends a messenger asking his uncle Merrick to return to the castle. When they arrive, Elijah begins having headaches, and there are snatches of visions that he can't seem to understand. To complicate matters, there are rumors that the missing prince, heir to the throne, has been found and everyone seems to think it is Prince John, who has come to the castle to court Princess Sienna. As the rumor spreads, the danger mounts, though, as the assassins who murdered the previous king and queen are back to finish off the little prince they missed the last time.

This book grabbed me right from the beginning, and I enjoyed every minute I spend reading it. The story that was woven did a great job of revealing little bits and pieces as they were needed, without overwhelming the reader with lots of excess information. I also liked the interactions between the different characters, as they really helped to round out their personalities. I definitely hope the author finishes the next book in the series soon, because I need to know what happens next!

R. S. Williams writes an original story that is intriguing and a good adventure. Overall the main character is interesting and likeable, while the supporting characters are all well developed as well. The world is well built and you find yourself wanting to hear more and more about their surroundings. The overall story is excellent and the plot moves at a great pace for the genre. Audio Version: Quentin Hudspeth does an amazing job with the narration.

Secrets and a complex destiny


When the life you've lived is a lie... then what is the truth? This is what Elijah finds himself discovering when he joins his guardian in the city of Adelith. As he slowly begins to unravel his own unique past, Eli goes from accidental hero to a threat for a bizarre, powerful sorcerer. Beautifully written with a memorable cast, particularly Eli; a worthy a new fantasy series is only beginning to unfold. Highly recommended.