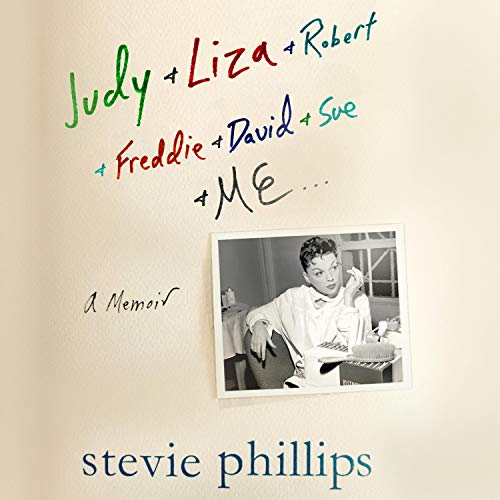 By: Stevie Phillips
Narrated by: Allyson Ryan
Try for £0.00

No star burned more ferociously than Judy Garland. And nobody witnessed Garland's fierce talent at closer range than Stevie Phillips as proven in this revelatory memoir.

During the Mad Men era, Stevie Phillips was a young woman muscling her way into the manscape of Manhattan's glittering office towers. After a stint as a secretary, she began working for Freddie Fields and David Begelman at Music Corporation of America (MCA) under the glare of legendary über-agent Lew Wasserman.

When MCA blew apart, Fields and Begelman created Creative Management Associates (CMA), and Stevie went along. Fields convinced Garland to come on board, and Stevie became, as she puts it, "Garland's shadow", putting out fires - figurative and literal - in order to get her to the next concert in the next down-and-out town. Philips paints a portrait of Garland at the bitter end and although it was at times a nightmare, Phillips says, "She became my teacher", showing her "how to" and "how not to" live.

Now Stevie Phillips reveals all in Judy & Liza & Robert & Freddie & David & Sue & Me..., a tough-talking memoir by a woman who worked with some of the biggest names in show business. It's a helluva ride.

“Phillips' voice is tough and smart, just as she was...the hopeful, smart ending teaches much about humans, stars or not.” (Booklist)

This is a true insider’s story, told from her perspective. This tells what caring for Judy was truly like.