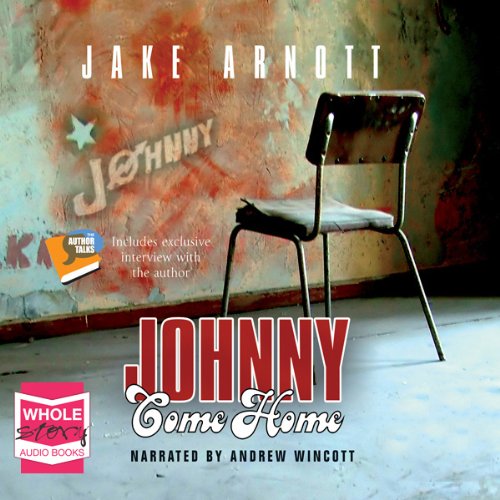 By: Jake Arnott
Narrated by: Andrew Wincott
Try for £0.00

London, 1972: O'Connell, a charismatic anarchist, dies of an overdose, leaving his artist boyfriend, Pearson, and fellow activist Nina in shock. It also leaves a spare room in their squat, so Pearson moves in Sweet Thing, a streetwise yet vulnerable young boy he initially picks up but then tries to help. Pearson isn't the only one who's interested though: glam rock star Johnny Chrome is on the brink of a breakdown and is convinced that Sweet Thing is the only one who can bring him back. As Sweet Thing gets drawn further into Johnny Chrome's dangerous orbit, Pearson and Nina discover that O'Connell was not all he seemed.
© Jake Arnott; (P) Clipper Audio
Literary Fiction
Show More Show Less

*semi-spoiler* the end comes out of nowhere, as if the author was rushing to finish an exam. I’m surprised that this book didn’t receive a Bad Sex in Fiction Award, as the sexual descriptions are in minute detail and all together too literal making for an uncomfortable read (even the ones that are presumably supposed to be enjoyable). Lots of really interesting themes from an interesting era but overall I doubt I’ll be returning to this to listen again.

I liked the story and the way the author & narrator brought us through the journey of early eighties London life from (mostly), the viewpoint of the working class and police. I enjoyed the flow and storyline but really, the end came so fast and ended so abruptly that I actually checked for a missing part. I had to listen again to the last fifteen minutes to make sure I had the ending, and on a second listening the author had completed what had been set out. It just seemed to me that when they got to the last chapter, it was hurried. A good story though, and well done in the telling. I would recommend it for the 1980's scene and historical events of that time.