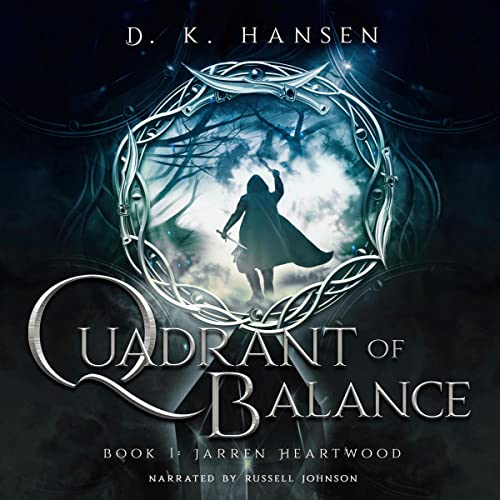 Young Jarren Heartwood's only chance of survival is to join the Shadow Academy elites, the enemy of his enemy, to destroy the fire mages known as the flares.

A darkness is creeping across Elonia, destroying hope and creating a malevolent society where the weakest are guaranteed a miserable existence, and the factions that are supposed to defend and protect only create more despair while searching out ways to become more powerful.

Jarren Heartwood’s secretive mother raised him on fear of the Academy and the flares, but infused his life with love and fanciful tales as they scraped by in their brutal city of Nirwood. At the age of 10, he suddenly has his mother ripped away, leaving him fending for himself. To survive and avenge his mother, he turns to the Shadow Academy assassins.

After seven years of brutality and callousness, Jarren has become the vengeful killer needed to take out his enemies.

When an assignment comes along that should rocket him through the Academy ranks, he jumps at it. However, not all is as it seems, and the very magical forest that haunts him unveils a world he knew nothing about but is very much entangled with. Jarren must reevaluate everything he thought he knew, for magic and myths are very much alive, and revelations about his childhood and family rock him to the core.

Quadrant of Balance is a four-book fantasy odyssey following the monumental challenges faced by Jarren and his companions to save Elonia from the dark curse.

Are you a fan of the adventure and mystery of Sanderson and like the magic and fast-paced combat of Salvatore? Then you will love Quadrant of Balance's first book, Jarren Heartwood.

Join Jarren today in exploring Elonia to uncover the mysteries of the Rot and the Quadrant of Balance.

What listeners say about Jarren Heartwood

The story line was great. I can not wait to continue the journey.

I love listening to books narrated by Russell Johnson! I only wish there were more!!

Loved it , enjoyed the story and the narrators voice was enjoyable to listen to. the way the characters came to life was amazing.

I took a chance on this title at the recommendation of Russell Johnson himself. I was not disappointed. He is an excellent narrator and the author was better than expected. Nice twist on the same old fantasy type setting. I'll definitely use some of these ideas for future characters for my own campaigns

I came here following Russell Johnson from his narration on the Drizzt books.

I found the story was hard to take a pause from and I can't wait for the next one.

Quadrant of Balance builds a colorful world for us to explore. Dark magic and bursting fire are around every corner of this book. I look forward to the next book!

Great first book to the series.

Very engaging for a first book of a series. I cannot wait for the next in line to come out. Engaging and compelling and it is nice to see a rogues P.O.V. for once that does not have a true north morality. Russ has always captivated me with his reading from the first time I heard him read The legends of Drizzt. Thank you to the author and the reader for this new gem in my library.

I followed over from the Spotify Drizzt playlist, and thoroughly enjoy both the narrator and storyline. Well done!