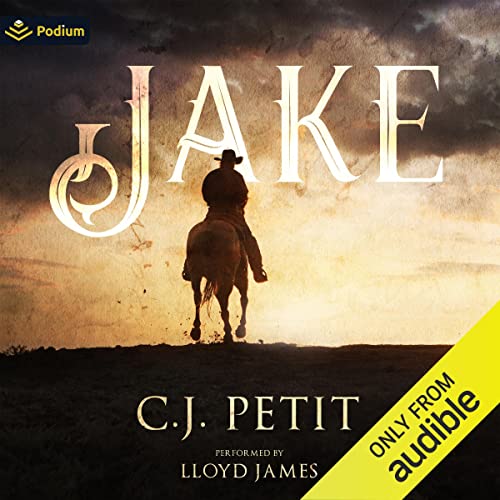 Private Jake Elliott was apprehensive as he walked to the commander’s office. He couldn’t think of a single transgression that would have attracted the major’s attention.

When he left the command building 10 minutes later, he was still numbed by the short visit. Tomorrow, he would no longer be a cavalryman, but would be returning to the family ranch outside of Fort Benton in Montana Territory.

But it was the reason he was being discharged before his enlistment expired that had been the biggest shock. His mother had been brutally murdered. If that hadn’t stunned him enough, it was when he learned that his father had committed the crime.

When Jake boarded the riverboat that would take him home, he wasn’t planning to stay on the ranch for more than a few days. He’d soon be leaving to hunt down his father and find justice for his mother.

What listeners say about Jake

engaging story. a snip it of western culture. very enjoyable. if you enjoy a story filled with thoughtful characters a complete experience. this author is the one to read.

I enjoyed this story and the reader. I am also a fan of Montana even though I live in Minnesota.