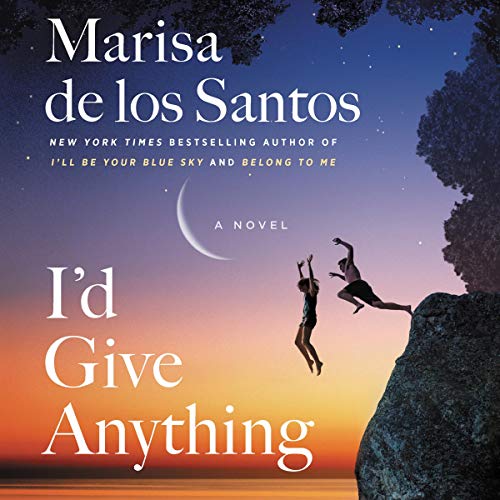 From the New York Times best-selling author of Love Walked In and Belong to Me comes a profound and heart-rending story about a horrific tragedy that marks one woman and her hometown and about the explosive secrets that come to light 20 years later.

Ginny Beale is 18, irreverent, funny, and brave, with a brother she adores and a circle of friends for whom she would do anything. Because of one terrible night, she loses them all - and her adventurous spirit - seemingly forever. While the town cheers on the high school football team, someone sets the school’s auditorium ablaze. Ginny’s best friend Gray Marsden's father, a firefighter, dies in the blaze.

While many in the town believe Daniel York, a notoriously troubled local teen, set the fire, Ginny makes a shattering discovery that casts blame on the person she trusts most in the world. Ginny tells no one, but the secret isolates her, looming between her and her friends and ruining their friendship.

Over the next two decades, Ginny puts aside her wanderlust and her dreams. Moving back to her hometown, she distances herself from the past and from nearly everyone in it. She marries a quiet man, raises their daughter, Avery, and cares for her tyrannical, ailing mother, Adela. But when Ginny’s husband, Harris, becomes embroiled in a scandal, Ginny's carefully controlled life crumbles, and, just when she believes she is regaining her bearings, the secret she's kept for 20 years emerges and threatens to destroy her hopes for the future. With the help of 15-year-old Avery and of friends both old and new, Ginny must summon the courage to confront old lies and hard truths and to free herself and the people she loves from the mistakes and regrets that have burdened them for so long.

What listeners say about I'd Give Anything

I thoroughly enjoyed this book!

I thought the descriptive narrative got a little wordy at times, but overall, I thought this was a very good read. I was surprised by the revelations about the fire. I didn't see that one coming!

While not the best character development I’ve ever come across, this book has enough plot twists to keep the attention of the reader. It is a rather light handed look at the way keeping secrets can opened and destroy relationships. I would recommend it for those who want a good poolside/ vacation read. Audible narrator’s voice fits the characters.

The author touches so many stresses that the characters work through in this well written book. Truth with love will set you free. Very well written and readable.

Not the 4th of the Cornelia Brown series

There is not one character is this book that appears in the previous three books. There is no similarities nor storyline that could remotely connect it either. This needs to be corrected.