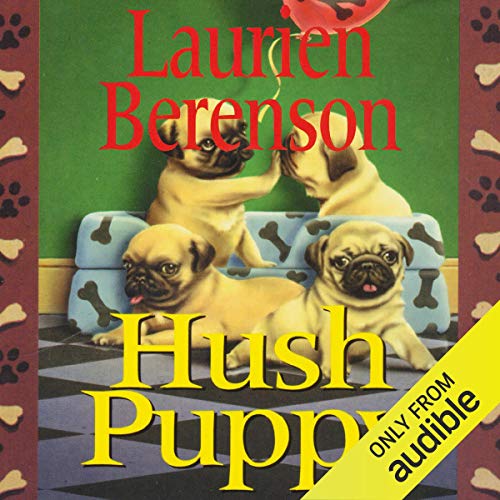 By: Laurien Berenson
Narrated by: Jessica Almasy
Try for £0.00

Melanie Travis loves her teaching job at Connecticut's elite Howard Academy, where plans are underway for a Spring Pageant to honor the school's 50th anniversary. Immersed in the preparations, Melanie is hurrying to retrieve a painting of one of the illustrious co-founders when she comes upon a disturbing scene: Eugene Krebbs, the Academy's elderly caretaker is arguing loudly with a girl half his size. Before Melanie can learn more than the girl's first name - Jane - she disappears. It's clear that Jane isn't a student at Howard Academy, so what is she doing there? Melanie doesn't have a chance to answer that question before more problems arise. Two days later, Krebbs is discovered stabbed to death right on the school grounds. Now Melanie is embroiled in a full-fledged homicide investigation as she tries to find out who's added murder to the school's curriculum. And when Melanie's trail leads her dangerously closer to the truth, she must race against time to track down a cunning killer before she becomes the next victim to be hushed...forever.

What listeners say about Hush Puppy

I really enjoyed the social commentary in this particular book regarding where we are born, the circumstances of our social upbringing, how things don’t define us. Someone who is poor can work hard and do well someone who is rich is not a necessarily guaranteed success. However the situation with Sam and aunt Peg, the both of them constantly gaslighting Melanie and we’re supposed to buy these explanations about how they try to protect her or how much they love her. Super problematic. If my fiancée had not disclosed that he had an ex-wife, there is no way a thinking person could accept a lame “what’s your problem, that’s totally in the past“ gas light
Excuse.

First, the story and charming details about the dog show world are very entertaining. The characters are likeable.

Second, the narrator has a way of making every single of those likeable characters sound like 14 year olds spending their allowance at the mall. She reads way to fast, with a dramatic, entitled valley girl lilt that would make Mean Girls jealous. Even old men and British women sound like Santa Cruz surfers.

I’ve listened to three in this series, can’t listen to anymore with this narrator.

I would like to see this as a movie! the book was very entertaining and it was easy for me to imagine a few tweaks that would contribute to a fun kid's mystery movie.

I was given this audio book and loved it from the start !!! It’s funny, loving with a twist of mystery !!

I try to be fair to authors and usually finish a book, as I did with this one.
The story may have been good, but was ruined by the screeching voice of the narrator. I did listen to the sample, but ignored my instinct not to listen. You should definitely listen to the sample.
Let me put it this way: it was worth the money. (It was free!)

Interesting twists and turns. the clues are there for who committed the murder I just did not pick up on it A fun series. I like the way the interaction and relationships between all characters change as time goes by.

Best of the Series

Laurien Berenson does a great job with plotting and character development in this book. This is by far the best in the series.