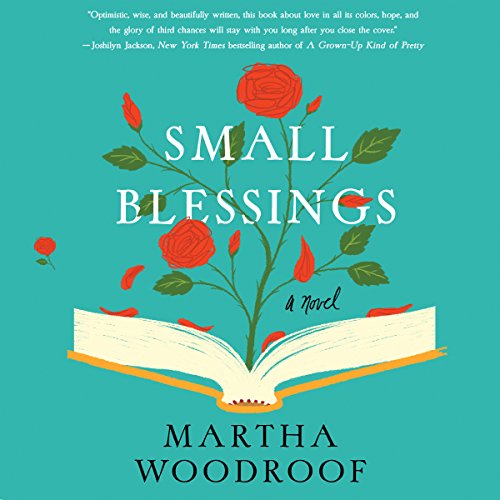 By: Martha Woodroof
Narrated by: Lorelei King
Try for £0.00

Tom Putnam, an English professor at a Virginia women’s college, has resigned himself to a quiet and half-fulfilled life. For more than ten years, his wife Marjory has been a shut-in, a fragile and frigid woman whose neuroses have left her fully dependent on Tom and his formidable mother-in-law, Agnes Tattle. Tom considers his unhappy condition self-inflicted, since Marjory's condition was exacerbated by her discovery of Tom's brief and misguided affair with a visiting poetess. But when Tom and Marjory meet Rose Callahan, the campus bookstore's charming new hire, and Marjory invites Rose to dinner, her first social interaction in a decade, Tom wonders if it's a sign that change is on the horizon. And when Tom returns home that evening to a letter from the poetess telling him that he'd fathered her son, Henry, and that Henry, now ten, will arrive by train in a few days, it's clear change is coming whether Tom's ready or not. Martha Woodroof's Small Blessings is funny, heart-warming and poignant, with a charmingly imperfect cast of cinema-ready characters. Readers will fall in love with the novel's wonderfully optimistic heart that reminds us that sometimes, when it feels like life is veering irrevocably off track, the track changes in ways we never could have imagined.

What listeners say about Small Blessings

Love this all around.
Story, storyline and storytelling.
Easy to listen and a nice tale that would good for teens and adults

I loved these characters

This is a well-written novel, a study of human emotions and actions revealed within a highly unusual plot. Despite a few overly elaborated moments, I thoroughly enjoyed it.

This story was predictable from the beginning. It seemed like a fairy tale more than a book about real people. The child was much too sophisticated and well-spoken to pass for an actual six year old. Plus, the narrator's voice for the child was all wrong. Yet, the characters were charming and I grew to care about them.

This was a pleasant listen. Nothing heavy and wrapped up with a nice bow. A bit on the light side for me but I enjoyed it.

A blessing to me..

I so enjoyed this book. I love to listen to Lorelei King narrate as she brings all of the characters alive. What a wonderful story did not want it to end. Thanks to Martha Woodroof. Can’t wait for your next book!

I struggled to finish this, a romance novel narrated with annoying southern accents. The unsurprising ending was a relief.

Writing a novel where the characters think and speak in famous quotes (Shakespearean or otherwise) does not bode well with this listener. Even Lorelei King's amazing performance couldn't save the awkward conversations. Moreover, a story in which virtually every character is self aware is tiresome...especially when their internal dialogue is repeated over again. Spare me. Even the characters that weren't present were self monitoring! Ugh! This was simply awful. Please don't waste your money or time.

A nice story, a romance with literary aspirations. A few too many plot elements to resolve as conveniently as they do in this story, but it's nice to have an uncomplicated happy ending on occasion. Wonderful narration !

Top listen of the year!

Would you consider the audio edition of Small Blessings to be better than the print version?

I didn't read the print edition, so cannot offer any opinion.

I can't pick just one, they were all so wonderful, so human, so quirky in their humanness.

Her ability to give voice to each character was wonderful. She made me "see" them as people in a way few narrators have done.

A perfectly lovely book, a wonderful story, filled with humor, sadness, humanity. I loved this book.

Would you consider the audio edition of Small Blessings to be better than the print version?

What other book might you compare Small Blessings to and why?

The quintessential Boy gets Girl novel.

What does Lorelei King bring to the story that you wouldn’t experience if you just read the book?

Love her! She does a nice job on characters and always enjoy her as the Girl Bounty Hunter.

No - it was as expected.