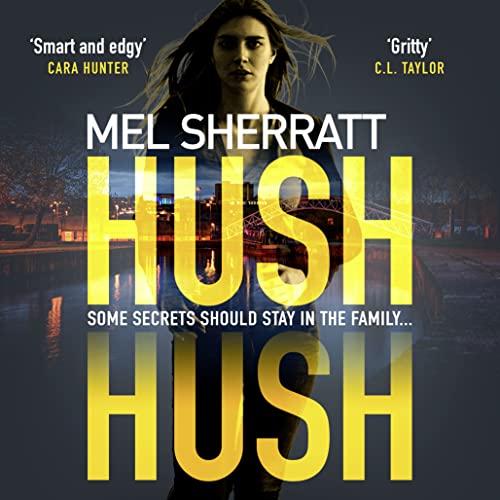 By: Mel Sherratt
Narrated by: Colleen Prendergast
Try for £0.00

A killer is on the loose, attacking people in places they feel most safe: their workplaces, their homes. It’s up to DS Grace Allendale to stop the murders and prove herself to her new team.

All clues lead to local crime family the Steeles, but that’s where things get complicated. Because the Steeles aren’t just any family, they’re Grace’s family. Two brothers and two sisters, connected by the violent father only Grace and her mother escaped.

To catch the killer, Grace will have to choose between her team and her blood. But whom do you trust when both sides are out to get you?

An unforgettable thriller that fans of Martina Cole and Cara Hunter won’t be able to pause.

"A writer to watch out for." (Mandasue Heller)

What listeners say about Hush Hush

Not as good as I was expecting after the “hype” in the Ads!
Passable story but nothing really spectacular.

It was ruined for me by the terrible reading. Sorry but this woman has no idea how to interest or excite her audience.

Seriously this is the most unrealistic book I’ve ever read would the police be allowed to investigate their own family? I think not I hate giving bad reviews as authors work so hard but this is terrible sorry

I did enjoy this book however I felt the narrator let it down . There wasn’t enough passion or tension in her voice . No excitement particularly when with regards action chapter. Very disappointed

Not at all 'gritty' or any of the other descriptions I read - more like a cosy story read by Angela Lainsbury! I managed to get 1/3 of the way before deciding that was enough. The author has just added another character and continued from the previous serious, which I feel is a bit lazy... and it all comes out as being a bit dull!