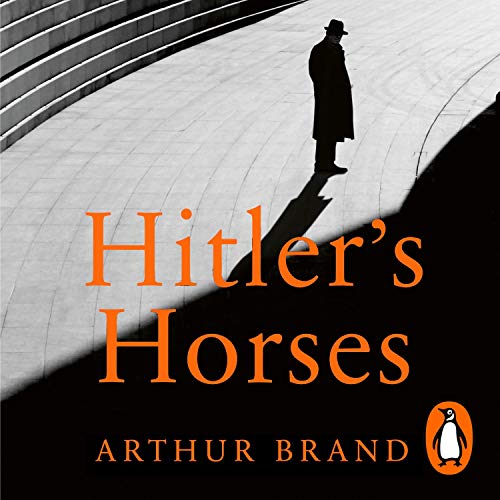 The true story of a detective, two bronze horses and the dictator who set the world on fire.

When Detective Arthur Brand is summoned to a meeting with one of the most dangerous men in the art world, he learns that a clue has emerged that could solve one of the Second World War's unexplained mysteries: what really happened to the Striding Horses, Hitler's favourite statue, which disappeared during the bombing of Berlin.

As Brand goes undercover to find the horses, he discovers a terrifying world ruled by neo-Nazis and former KGB agents, where Third Reich memorabilia sells for millions of dollars. The stakes get ever higher as Brand carefully lays his trap to catch the criminal masterminds trying to sell the statue on the black market. But who are they? And will he manage to bring them to justice before they discover his real identity?

With a plot worthy of John Le Carré, Hitler's Horses is a thrilling retelling of one of history's most extraordinary heists.

What listeners say about Hitler's Horses

Not worth a listen

Poorly narrated. All Germans have weird high pitched voices and sound like a parody. The story never comes to life and neither do the characters.

A real page turner, if an audio book can be such a thing. Fantastic narrator, he changed his voice for each person in the book, I guess some listeners might find that annoying or weird, but I found it really helped differentiate the people involved and added to the atmosphere of the story as you listened.

Full of history, and crime, and art, I wanted to find out what happened in the end!

Found myself welcoming in the dawn, having listened in one session. Entertaining, with insightful exposure of the Dark market of Nazi art. Photographs of all the pieces mentioned are on the web via google