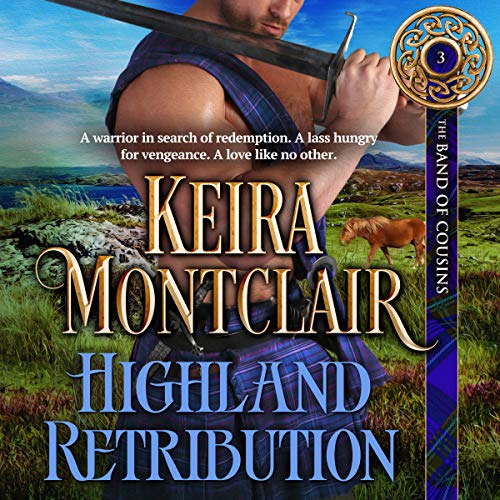 They stole everything from her, including her dignity. With his help, she'll get it back.

Braden Grant is haunted by the death of his friend Ronan, who took his own life. No one knows why the warrior resorted to such desperate measures, but Braden blames himself. He won’t feel settled until he’s atoned for failing to save his friend, and when he meets Cairstine Muir, he wonders if he’s finally found his chance. Held against her will by the very man who killed her family, the lass is a prisoner in her own keep. Her beauty and quiet strength call to him as much as her situation urges him to fight.

Though life has taught her harsh lessons, Cairstine still has an ember of hope in her heart. She longs to escape her captors and exact vengeance on them, but nothing is more important to her than her wee son’s safety. Though she failed to save her family, she pledges she will always save him, come what may. When a strong, handsome defender steps into her life, promising to help her exact vengeance on her captors, she sees the opportunity she’s waited for...but is the possibility of a new life worth the risk to her son?

What listeners say about Highland Retribution

Story was great, and not sex sex sex.

I like this arthur because she gets the story is the book. Some writers pack too many sexually packed scenes & readers can loose the story line. Enjoyed this arthur again.

I Love This Story!!


Keira Montclair has written another great story about one of my favorite highland groups, Clan Grant. I love this new generation of Grants and I love the action in this story. Paul Woodson gives a wonderful performance that grabs your attention and doesn’t let go until the end.

Lovely addition to the Band of cousin series

Loved this book. As usual this writer did not disappoint. It was awesome from start to finish