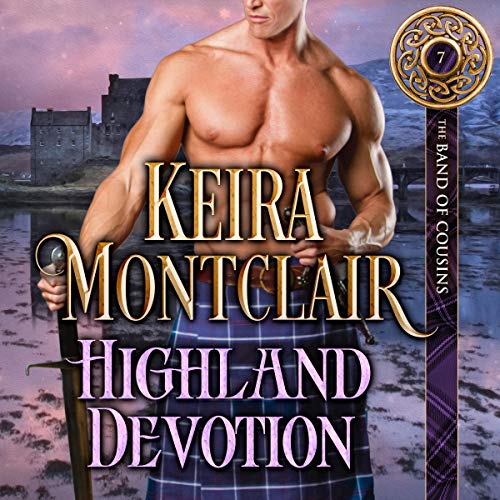 The greatest heroes are soft-spoken.

Gregor Ramsay has never seen himself as a hero, but when the lass he fancies falls into the clutches of the Channel of Dubh, he’ll do anything he can to save her. Linet Baird will not be sold across the sea on his watch. Together with his cousin Connor, he follows Linet’s trail to Edinburgh, where it’s rumored they’ll find one of the Channel of Dubh’s final headquarters. There’s only one problem: Linet claims she doesn’t wish to be saved.

Although Linet didn’t ask to be kidnapped from Ramsay land, she’s grateful it happened. The dark secret she left behind was destroying her. Even so, it quickly becomes apparent that her protector Sela has limited power to help her. Just like her, Sela is in the grips of a larger organization, one controlled by cruel, capricious men who lack any form of conscience. When Gregor Ramsay offers to save her, she’s tempted to trust the lad she once fancied, but to do so, she will need to face the trauma of her past.

What listeners say about Highland Devotion

You take a young girl who was taught at a early age not to trust men by her own brother who use them abused her, you mix that with a honorable man who was raised to respect and protect women you mix in two orphans, a sister and a couple of cousins , throw in a few bad guys and you have an action pack tragic love story called Highland Devotion! This book left my emotions all over the place but I would definitely re listen to this again.

Another lovely instalment on the cousins

This was a lovely story. The fight against the bad people in charge of channel of dubh continues with surprising traitors and one not so surprising.

I like the tale. It was different. but it ended too abruptly. I felt it didn't conclude.