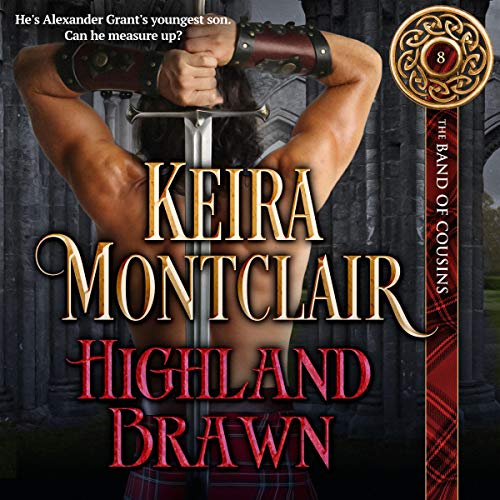 Heroes are made, not born.

From the moment he first sees Sela Seton, Connor Grant is drawn to the woman known as the Ice Queen. Although his cousins assume she’s as guilty as the men she serves, the unscrupulous smugglers of the Channel of Dubh, Connor is convinced she’s being coerced. His mother was abused and controlled, and he suspects the same is true of Sela.

For five years, Sela has known only misery, with one exception: her sweet daughter, Claray. But her love for her bairn has been used against her in the worst way possible - the men who run the Channel use Claray to ensure Sela does their bidding. The last thing she’s liable to do is trust a man, any man, let alone fall in love with one. But Connor Grant is the son of the great Alexander Grant, and he's every bit as fierce, noble, and protective as his sire.

If Sela helps Connor and his cousins, they stand a chance at crushing the nefarious Channel of Dubh once and for all. But what does the future hold for Sela and Connor if they succeed? Is a second chance at life possible for someone who’s been forced to do horrible things?

What listeners say about Highland Brawn

The band of cousins!

This series was great. I don't know which book I enjoyed reading the most. Each one had a great plot. And all of the 📚are worth reading again together!

Keira Montclair always writes great books but this one is wonderful! Full of adventure and lots of emotions. Paul Woodson delivers a performance that adds depth to the story.

I love how the entire family was included in this story. Loved the reminiscing over the past. Great story as usual Keira.

Once again another wonderful Highland book by Keira Montclair. If you are looking for a great listen then Paul Woodson is great as a narrator.

Loved reading about Connor and Sela. It was also great to see Maddie and Alex Grant in action again. Loved it

so glad to have the Cila story finished. Quick listen to complete the previous book.

Loved this book. My only complaint was sometimes it felt like it was wondering off the main storyline. But in the end it was all brought together and resolved. I love this author so much. Nice to find a good fun romance that takes you away from things.