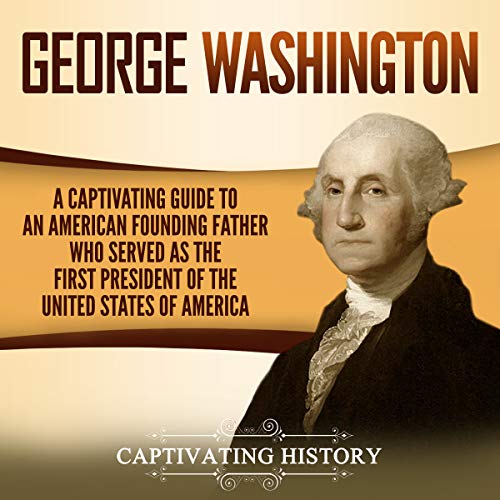 George Washington: A Captivating Guide to an American Founding Father Who Served as the First President of the United States of America

By: Captivating History
Narrated by: David Patton
Try for £0.00

One day at Mount Vernon, a young boy climbed into a window, fell, and hurt himself. George Washington, who had advanced rheumatism then, called for his servant to help. When the boy recovered, Washington asked why the boy had come in. The servant told him the boy wanted to get a look at the president. Washington then asked to see the boy.

“You wanted to see the president, did you? Well, I am George Washington.”

“No!” retorted the boy, “You are only just a man. I want to see the President!”

This captivating history audiobook covers topics such as:

So if you want to learn more about the remarkable life of George Washington, listen to this audiobook now!

What listeners say about George Washington: A Captivating Guide to an American Founding Father Who Served as the First President of the United States of America

Not great as well as not terrible one. I learned a few new tidbits about this great man and how he lived his life.

This author is engaging.

The pace is quick and only hits on major points still described very well. I was finished with the book and now I want to learn more about Washington, not Washington DC man. lol

This book indeed well written and quite interesting for American citizen especially. I wish it were longer and more detailed. I love the author for a log time and my digital library is almost full of its books.

I recommend this book highly.

For those who are looking to gain a good understanding of Washington’s life, this audible is an excellent resource. It provides adequate detail to give you a firm, basic understanding. It is not wordy or overly academic.

This book does have some details of the live of George Washington that I was not aware of prior to reading this book, so overall, I was pleased. The book is poorly edited, however. Unfortunately, it was not uncommon to see a word that didn't fit into the meaning of the sentence, but it was easy enough to figure out what the word should have been. This was a distraction, though.

This biography does a great job of touching on the high points o Washington's life but it doesn't really get to the guts of it. I guess I should have picked one of the longer, more in depth biographies to learn more about our first President as I was craving more insight into his views and policies.

The book makes him come alive. Seeing him as real person makes him seem like a real hero. A good history of our founders with true insight of a future America.