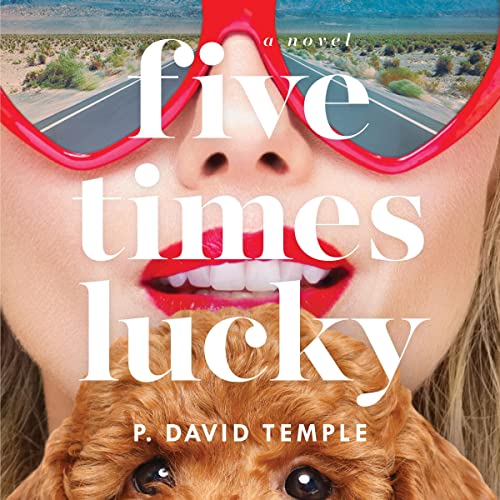 In Five Times Lucky, an intrepid traveler gets more than her share of tabloid celebrity.

Who hasn’t wondered what life was like inside the velvet rope of the Hollywood in-crowd? In this fast-moving comedy, the quest for fame has no boundaries...but celebrity has its downsides. We follow ex-actress BunnyLee Welles, who returns to Los Angeles for her best friend’s wedding and finds that she is instantly recognizable. From the customs officer to the baggage clerk to the Lyft driver, everyone knows her single-dimple smile. They mimic her. They take selfies with her. They hand her unsolicited film scripts. In the four years she has been traveling abroad, her sole commercial role for Dial-a-Denture has recently become an online meme. Like it or not, BunnyLee is now famous.

It seems like everyone BunnyLee crosses paths with is seeking to exploit her notoriety. An old boyfriend from college is using material gleaned from their relationship to further his stand-up career. Another college acquaintance, a burgeoning local TV news reporter, trades on her friendship with BunnyLee for a scoop on the evening news.

BunnyLee seeks shelter in the rambling estate of an aging Hollywood heartthrob whose own career has been derailed by a years-old altercation with Kermit the Frog on Sesame Street. He can relate to BunnyLee’s plight as others in his sphere—a duplicitous chauffeur, a social-climbing cook—vie for a piece of his fame. But as much as BunnyLee strives to keep things platonic, romance is a snake lurking in the underbrush.

BunnyLee borrows Buck’s vintage Mustang and hits the road with her new puppy on what begins an odyssey through a culturally conflicted modern-day America. Along the way, car trouble leads to her rescue by an injured professional wrestler whose career is a cautionary tale about trading everything meaningful in life for the chance to bask in the limelight of fame.

Fair warning: the audio quality wasn’t quite where you’d want it- but the writing and narrating is so good I had to give it 5 stars. I feel “five times lucky” to have discovered it! A perfect road trip companion ❤️

I was only able to listen to about 30 minutes before I turned it off. The narration is awful. The narrator sounds like an 80 year old woman instead of a young lady. Her accents for the different characters is terrible. Requesting a replacement credit from Audible.