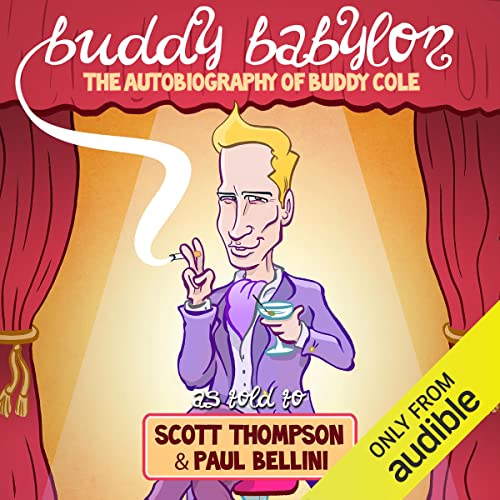 Buddy Cole, the acid-tongued raconteur created by comedian Scott Thompson, earned international fame as one of the most beloved characters on Kids in the Hall. Originally published in 1998, Buddy’s classic faux-memoir was a master class in pushing the envelope and pissing off the censors.

Now, 20 years later, Scott Thompson is bringing Buddy back to the stage, with an international tour and also a reissue of Buddy Babylon, presented with new never-before-seen material, introducing Buddy to new generations.

What listeners say about Buddy Babylon