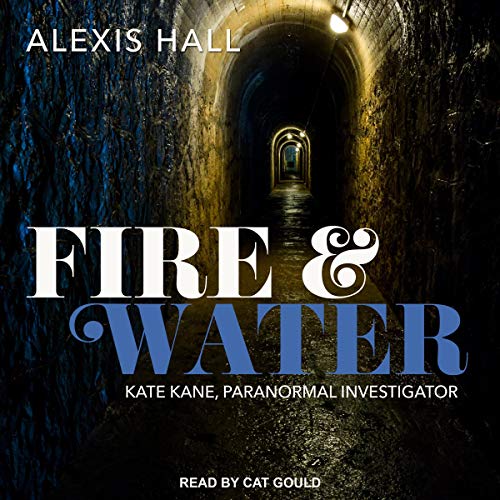 Ten years ago, I fought for the witch queen of London in a mystical showdown against a King Arthur-wannabe with a shaved head and a shotgun. Back then, the law did for him before he could do for us.

I don't think we'll get that lucky again.

As if the mother of all wizard battles wasn't bad enough, fate or destiny or a god with a really messed-up sense of humor has dropped a weapon that could rewrite the universe right into the middle of London, and anybody with half a sniff of arcane power has rocked up to stake their claim on it. Last time this happened, the city went to pieces. This time, it might just go to hell.

Also, I'm still dating a vampire. Still have an alpha werewolf trying to get in my pants. Still sharing a flat with a woman made of animated marble - only now apparently there are two of her. But you know what they say: The more things change, the more they stay the same crap that's been trying to kill you your entire life.

What listeners say about Fire & Water

I've been blasting my way through this series since six days ago, and now have reached the end of what's available. They're all super great and the ending of this one hit me hard enough in the feels to make me cry. Super duper hope that they do an audiobook for the next one!