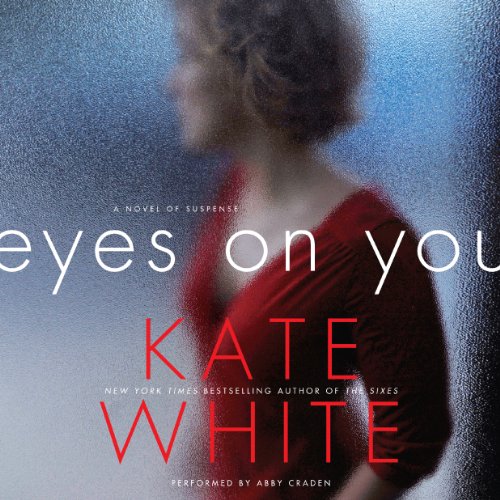 From New York Times best-selling author Kate White comes a riveting psychological suspense in which a media star must battle a malevolent enemy who may be disturbingly close to her.

After losing her on-air job two years ago, television host Robin Trainer has fought her way back and now she's hotter than ever. With her new show climbing in the ratings and her first book a best seller, she's being dubbed a media double threat.

But suddenly, things begin to go wrong. Small incidents at first: A nasty note left in her purse; her photo shredded. But the obnoxious quickly becomes threatening when the foundation the makeup artist uses burns Robin's face. It wasn't an accident - someone had deliberately doctored the product.

An adversary with a dark agenda wants to hurt Robin, and the clues point to someone she works with every day. While she frantically tries to put the pieces together and unmask this hidden foe, it becomes terrifyingly clear that the person responsible isn't going to stop until Robin loses everything that matters to her…including her life.

What listeners say about Eyes on You

Good mystery with many suspects to choose from!

This is a pretty good story. Robin is a tv personality who has also written a best seller book. Things seem to be going so well for her, until she starts receiving unsettling, even dangerous warnings from an anonymous person who clearly wants her out of the way.

What's really great about this book, is that there are many suspects to choose from, lots of twists and turns. I kept changing my mind all through it about the "whodunit" part. I love that in a good mystery. What was harder for me was being able to relate to the protagonist. I viewed her as not very likable for some reason, and the entire setting of the tv industry, well-known and wealthy people with their lifestyle of fame and competitiveness is not part of my own worldview. So that's just me, and I still liked the book a great deal, especially as it moved more deeply into the story. I think the narration is also very good--works well for this book. Kept me guessing pretty much of the book!

No one, The narrator, Abby Craden, should do jail time for most awful job I have ever heard. Please don't give up your day job Ms Craden. It was almost satirical, the way she read this book. It was so bad it was almost funny, almost !!

Would you ever listen to anything by Kate White again?

A gifted performer may have improved the book a lot, but would have needed to be exceptionally gifted, but I'll never know!!

No - luckily I should get my credit back

Please, please please, don't waste a credit unless you want to give as a gift to someone you don't like.

liked it. loved when she was rescued by alex
narrator was good good suspense.

I first started reading Kate White’s books when I discovered the Bailey Weggins series. I found her stand-alone novels to be engaging, capturing my attention with the story-lines and intriguing characters. Eyes On You doesn’t disappoint either.

We meet Robin Trainer after losing her job two years prior. She is at a party promoting her new book and her new TV show is gaining ratings and popularity. Strange and increasingly threatening events begin to happen to Robin, nasty notes, shredded photos, drugged food, even her makeup gets sabotaged, causing burns to Robin’s face.

This story leads the reader on a hunt for the perpetrator. Not just who, but why? Who hates Robin enough to scare her, terrorize her, hurt her and even want her dead? This story takes stalking to a whole different level as Robin realizes the person doing this is someone close by, someone she works with every day, someone she trusts.

My Final Verdict: This story is a very dark depiction of the lengths someone is willing to go to destroy another person, regardless of the reason. It was impossible for me to figure out who was behind the attacks and was surprised at the big reveal. The story-line kept me interested in the outcome and I found the characters to be realistic and relatable. Readers of suspenseful thrillers will enjoy this story.

Would you listen to Eyes on You again? Why?

No, after a while I started guessing who it was then before the end of the book I knew who it was. My second guess was correct. this was my book club suggestion.

I loved this book and the narrator. It totally kept my interest the whole time. Suspense books are my favorite.

As a TV Journalist I had high hopes for this book but was totally disappointed.
The narration was terrible, plot ridiculous, and I really wonder how this book
ever got published