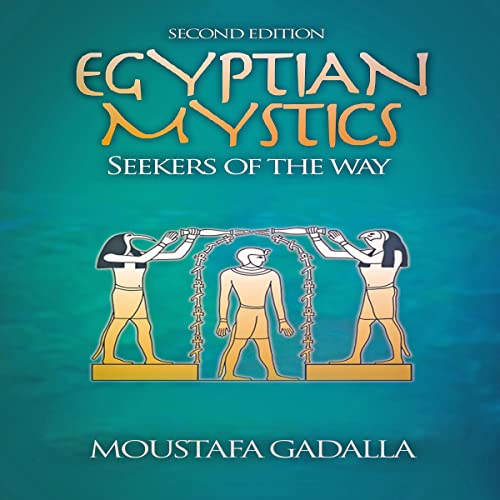 Egyptian Mystics: Seekers of the Way

By: Moustafa Gadalla
Narrated by: Justin Whitelock
Try for £0.00

Egyptian alchemy and Sufism, with a coherent explanation of fundamentals and practices. This audiobook explains how ancient Egypt is the origin of alchemy and present-day Sufism and how the mystics of Egypt camouflage their practices with a thin layer of Islam. The audiobook also explains the progression of the mystical way toward enlightenment, with a coherent explanation of its fundamentals and practices. It shows the correspondence between the ancient Egyptian calendar of events and the cosmic cycles of the universe.

This expanded version of the audiobook is divided into four parts containing a total of 13 chapters and five appendices.

Part I: "The Hidden Treasure":

What listeners say about Egyptian Mystics: Seekers of the Way

How many different ways can you say one thing?

the entire book was basically one chapter worth of information said and retold multiple different ways. it is clear that this book had to have just been something he made to fulfill his publishing requirements. I'm very disappointed because I am typically impressed with this author's work but this one in particular missed the Mark completely.