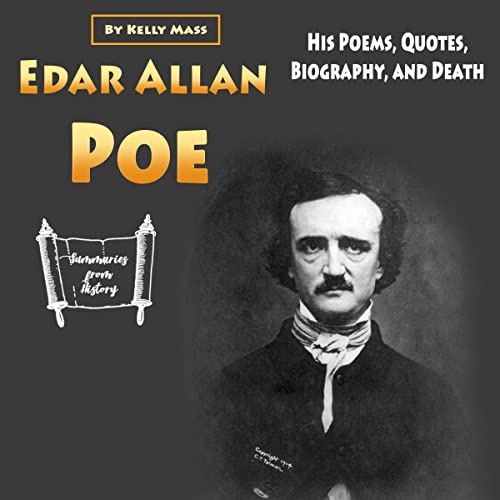 By: Kelly Mass
Narrated by: Chris Newman
Try for £0.00

Perhaps you have heard of Edgar Allan Poe. Perhaps not. Either way, this 19th-century author has received quite some fame for his works and his unique style. His mystery and gruesome horror stories, comedy, and other genres have reached far into the depths of American literature.

Edgar Allan Poe had a life, a background worth studying. His experiences have led him to his career success, his published works, and many other honors.

His death, however, was and still is a mystery by itself. Many possible causes have been attributed to his sudden passing, as the person who found him was still bewildered. Find out more about this fascinating author, in a time we can hardly understand without knowing more about it.