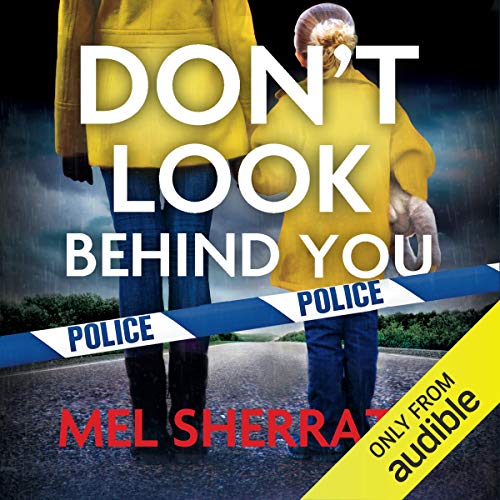 Don't Look Behind You

By: Mel Sherratt
Narrated by: Colleen Prendergast
Try for £0.00

The small city of Stockleigh is in shock as three women are brutally attacked within days of each other. Are they random acts of violence, or is there a link among the victims?

For Detective Eden Berrisford, it's her most chilling case yet. The investigation leads Eden to cross paths with Carla, a woman trying to rebuild her life after her marriage to a cruel and abusive man ended in unimaginable tragedy. Her husband, Ryan, was imprisoned for his crimes, but now he's out and coming for her.

As Eden starts to close in on the attacker, she also puts herself in grave danger. Can she stop him before he strikes again? And can Carla, terrified for her life, save herself before the past wreaks a terrible revenge?

An absolutely gripping and chilling police procedural which will hook fans of Angela Marsons and Rachel Abbott.

"The storyline weaves its way expertly towards a tense, thrilling and dramatic climax. Don't Look Behind You is a definite 5-star read for me." (Angela Marsons, author of Silent Scream and Blood Lines)

What listeners say about Don't Look Behind You

Too much silly unnecessary detail. Some things didn't match up and were too far fetched. The narrator's voice was really annoying - sorry struggled to stay with this one.

No twists at all.

I was really disappointed with this story - there weren’t any twists at all. The whole plot was so obvious from the start. I couldn’t believe it ended when it did.