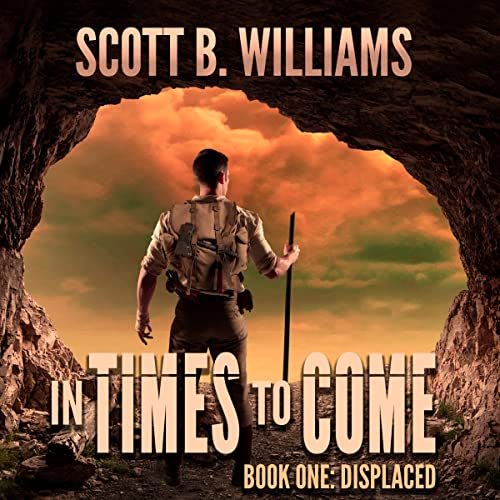 By: Scott B. Williams
Narrated by: Mike Vendetti
Try for £0.00

A glitch in time and a one-way trip….

Back from his final deployment with the US Marines, Alan Carson is hiking across New Mexico’s Gila Wilderness to ponder his future and put the war in his past.

When his best friend and squad leader, Sergeant Kurt Timms, took a Taliban bullet because of bad intel, Alan made a promise to his dying friend. He would come here to see the rugged mountains that were Kurt’s boyhood stomping grounds, even if the horseback hunting trip the two of them had planned would never come to pass.

After paying his respects to Kurt’s wife and daughter at the ranch his buddy had called home, Alan loads his pack for a week and heads into the Gila, finding all the splendor and solitude of which Kurt so often raved. But deep in a trackless canyon, miles from any trail, Alan finds something else: the body of a dead man at the foot of a cliff…an ancient cave dwelling in the rock face above…and a mysterious passageway too intriguing to ignore.

Alan Carson has come to the West to contemplate the next chapter of his life, but the future into which he emerges is beyond imagination, and the world he’d known before is changed beyond recognition. Can he ever come to grips with this new reality he must face? Or will he long for his old life, even if it means returning to a war he at least understands?

Displaced is book one of the Times to Come series: a story of survival and courage in a near-future dystopian nightmare.

What listeners say about Displaced