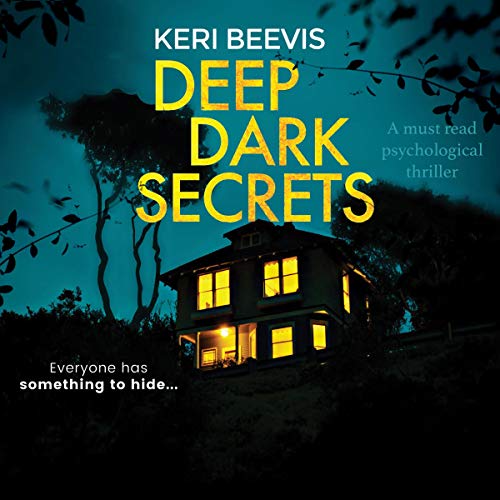 By: Keri Beevis
Narrated by: Susie Berneis
Try for £0.00

Lizzie Kent wasn't supposed to babysit the night she was murdered. She was covering for her best friend, Nell. Nell has lived with the guilt ever since.

Eighteen years later, Nell returns to the area, desperate to escape a bad relationship after inheriting her aunt's rundown guesthouse. But her return isn't welcomed by everyone - in particular Sam Kent, who blames Nell for his sister's death. And after a few unsettling incidents, it becomes apparent that someone is trying to scare her.

Is Sam responsible or has Nell's abusive ex-boyfriend managed to track her down? Or is someone else, with a more sinister agenda, responsible?

I absolutely loved this story, from start to finish! the very first chapter had me hooked and there were shocks and turns at every single page! just when I thought I'd figured it out, my theory was blown out the water. incredible read!

American narrator appeared as bored as I became. Enjoyed prologue but after that, was a slow drag towards nothing. 13 hours of this might have brought resolution but this reader could not bear to waste any more time and gave up after 10 chapters and I didn't even skip to the end. You might fare better than I, so I wish you luck.

After “reading” a few subpar mystery books last few days, this was a breath of fresh air!
Narration was great. Story had lots of twists and didn’t leave any loose ends.
It was an easy read. Not one to make you think too much afterwards, but still keeps one’s attention.

Lifetime as a book

While I expect some unrealistic drama in a thriller, this was waaaaay over the top! Also, was super irritated with the damsel in distress theme. Seriously, is this island populated by only men and Nell???

Narrator sounded like a 65 year old ninny. Just didn’t jive with the character who is supposed to be 34.

Boring story, boring romance, boring people...
and the *big* plot twist is very predictable. You can tell who is the serial killer from the beginning, so don't hold your breath expecting some big mystery.

Extremely catchy story including love, betrayal and horror! Pure horror! Really recommend it! You’ll love the excitement of it!

DARK BUT NOT TOO DEEP

Not a bad story. Anything on an island is more intriguing.
However, it was predictable. It was evident Caleb wouldn't make it, that he would be a victim. When Luke mentioned the woman who helped Nell that gave it away. Subplots were a little shaky and the author should have stayed awake in English class.

Unfortunately this book was sort of predictable.

The bad guy was obvious, literally from the exact moment that they were introduced into the story. It would have still been an okay listen but then narrator isn't very good either. There's an elderly hue to her voice that was kind of annoying and didn't match the characters. She's just not good as a vocal actor. I would have scored it higher if they had at least had a better reader.

A tale with mysteries within mysteries

fast moving thriller. kept my attention throughout the book. will look forward to reading other writings by this writer

The narrator is great. The story is yikes...This Deep Dark Secret ... really could've titled the book, " half wits on misfit island". One bad decision after another...with the characters lacking emotional development. Murdered people everywhere... but it's okay a hot bath and a glass of wine solves that little deadly speed bump...what does one do when the bodies are piling up .. Lots of violence, mean cruel characters and brainless characters....all to create some horrible problems... mostly solved by characters conveniently dying...

This book deserves ALL the stars!!

Fast paced, action packed...an abusive, psycho ex, a stalker...and a hottie police chief! You get it all in this book. Well written and captivating. Definitely a re-read/listen!

Kept me in suspense

I enjoyed the book very much. Kept me guessing until the end . Would recommend this book