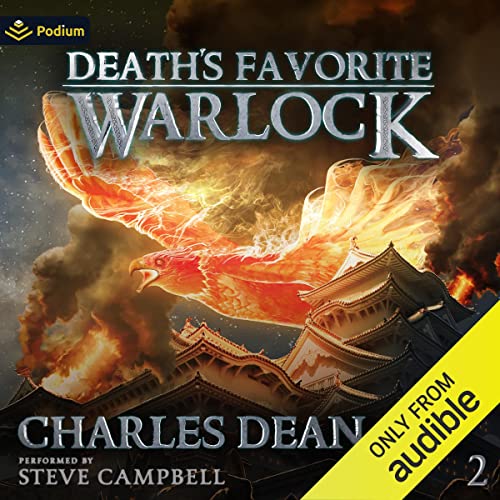 By: Charles Dean
Narrated by: Steve Campbell
Try for £0.00

Kill after kill, day after day, Lars’ bloody hands have grown stronger. He’s soaked in the EXP from every cultivator whose life he’s taken.

Getting strong enough to survive was only the start. What was once horrific is now becoming an addiction. When an elder cultivator powerful enough to destroy Lars with a gesture spirits him away to the Sect of the Spring Rain, he ends up as the subject of a twisted plot to uncover and exploit his secret cultivation technique.

Can he navigate the treacherous power struggles of the sect within, or will he be killed off by the factions vying for power? What happens if his grisly methods are exposed? One thing is for certain, he must prove once again that you shouldn't mess with a warlock who grows more powerful with every life he takes.

Join Lars as he continues to carve his own bloody path to power in this cultivation-themed xanxia-inspired LitRPG adventure.

Slap to the face

Really enjoyed the book, it is a bit too short and went by way too quickly but that could just be because of the puns, and slapathon throughout this book. Quite a lot of clichés but done in a good way.

First instalment was so promising but this series became bad harem lit. Such a waste.

the cherry on top

the narrator's blooper reel at the end is some of the best laughs I have had while driving home from work! the story is nicely ushered along from where the first book leaves off and i felt that giddy sense of wanting to see what happens next after some dirty secrets were revealed at the end. will 100% listen to book 3!

I liked this book, there are some problems tho.

For some reason the author has such useless dialogue in the story, and no time passes it the story basically. I'm pretty sure that only three weeks to a month has passed in the whole story. And like i said in the last review if he just threw away is morals then he would be like a god now, also their's to much status updates, they are like once every chapter, and every status update is like 3 minutes. other then that i don't really hate the story in fact i love it. there is basically no flaws in the way the story was written except for what i said, i like the bloodlust type stuff the author goes for in this story.

Get to the point, stay on topic and get rid of all the fluff, I hate a book filled with fluff fluff and more fluff.

Nothing but unlikeable characters ...I knew this from book 1, what was I thinking
Also, MC has zero agency, just a puppet on a string

great second book! sweat it always has a great build all the way to the end! As always, look the bloopers at the end of the book to 🤣!

The story had a steady progression, I really enjoyed it. I only wanted more, there was just enough smashing faces and retoric to keep you engaged. You ABSOLUTELY HAVE TOO listen to the bloopers at the end. It was hilarious.

Excellent combo again. Now where is book 3 in recording?!

I LOVE everything about this book. They story's super solid. The characters are all interesting and lovable. The references and Easter eggs are freaking brilliant!

Steve Campbell, as always, has done a fine job with the narration of this book. Very impressive work!

I like the books but the bloopers at the end are probably becoming my favorite part!!! Thank you for keeping them!