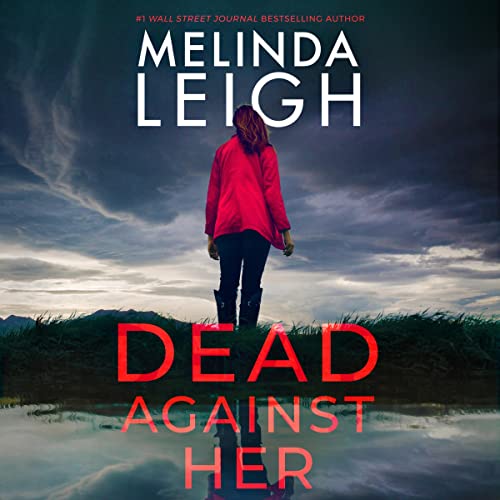 By: Melinda Leigh
Narrated by: Christina Traister
Try for £0.00

Called to an isolated farm to check on an elderly widow, Sheriff Bree Taggert finds a brutal double homicide. One of the victims is Eugene Oscar, the bitter and corrupt former deputy she recently forced out of the department.

Working with criminal investigator Matt Flynn, Bree discovers that she isn’t the only one who had a troubling history with Eugene. But someone doesn’t want Bree digging up the past. She becomes the target of a stranger’s sick and devious campaign calculated to destroy her reputation, career, family, and new relationship with Matt. To make matters worse, she’s the prime suspect in Eugene’s murder.

When her chief deputy goes missing while investigating the case, Bree refuses to back down. She won’t let him become the next victim. His life and her future depend on finding a killer nursing a vengeful rage.

“Not since Walt Longmire have I been so enthralled by a character! Sheriff Bree Taggert is tough, flawed, and I want to see more of her!”—Debra Webb, USA Today bestselling author of Trust No One

“Fast paced and riveting, with the complex and compelling lead homicide detective, Bree Taggert…destined to be a hit series.”—Karin Slaughter, international bestselling author

What listeners say about Dead Against Her

Brilliant story probably the best yet. Read beautifully can’t wait for the next one .hope it is soon

I love the Taggert family

I've really enjoyed all of this series. I'm just sad I have to wait a while for the next one now.

Melinda Leigh never disappoints. The story keeps you listening and know how to raise a heart rate

Should have read the book

The books are okay, but the melodramatic female narrative dims a decent book-if I was not stuck in stop and go traffic, I would have given up. A narrator can enhance a good book or weaken it.

This was a great story! It's about a double murder Bree is trying to solve. About her niece and nephew, the children of her murdered sister, she's doing her best to raise and about her growing love for Matt. I loved everything about this story. Bree and Matt are such a great couple AND the real killer at the end is very surprising.

Very little affection shown and the F-bomb was used 39 times.

As for the narration: Christina Traister is a good narrator. She could make her males sound less like they are all whispering but at least they sound like men.

Another great installment in the Bree Taggert series by Melinda Leigh. Narration was very good. On to the next one.

I’ve been listening to and enjoying this series and this is the first time I’ve noticed some very noticeable editing issues in the audio. Doesn’t take away from the story itself but definitely pulls you out of the flow for a moment. You can’t fault the reader as this issue should be handled in editing.

I just finished book five in this series, and now have to until the middle of January to continue . I love how the story discride a blended family development as well as a love for animals. And then there there murder mystery. Definitely enjoy listening to narration by Christina Traister.

Terrible writing. Weak plot, flat cliched characters and dialogue. Will never, ever read anything by this author again.

I love this series! I have to say, I listen to these in Audible and it was hard to keep track of all the different characters after a while. There are a ton of different mens names. It’s not the authors fault but this one in the series may be better to read to keep better track of the characters. Otherwise, LOVE TODD, Bree, Matt. And including Matt’s sister and more of the family.

Perfect read on a rainy day inside

In this book picks up after book 4 but, gives Bree a crime to solve while still figuring out how to Be an instant parent and dealing with toxic masculinity from other cops, and the city leaders. It's an easy read. I love the narrator's the bring this thrilling book to life. Can't wait for book 6.

Really enjoy these characters and their relationships. Narrarator is always great in this series. look forward to hopefully another book in series.