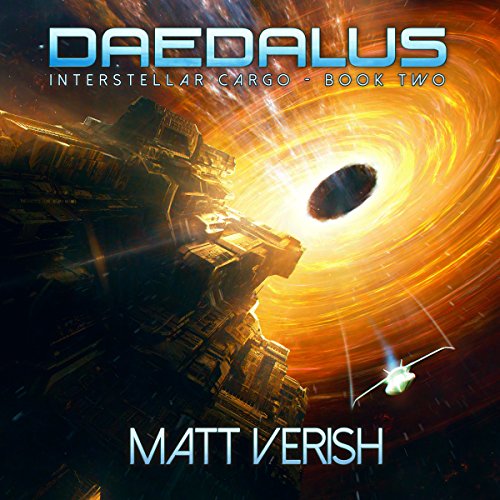 By: Matt Verish
Narrated by: Kevin Pierce
Try for £0.00

Leading the life of the System's most wanted space pirate is not as satisfying as Cole Musgrave had hoped. Despite having been given a second chance at life by his gangster brother, each mission he undertakes threatens to be his last.

When Cole's luck finally runs out, the crew of the Icarus find themselves in a predicament unlike any they've ever encountered. One reckless decision leaves them abandoned and on the run from the entire universe.

A desperate, last-ditch effort to avoid annihilation leads them to a place no man has gone before. Or so they think. Here the sins of Cole's past will return to haunt him and cast an even darker shadow on a future that is headed toward a full-scale war.

What listeners say about Daedalus

loved it! had me on the edge of my seat from the start. great sequel.

Not your every day read. At times wish to rip the head off a character.

This is a great Si-Fi read! Reminiscent of Orson Scott Card! I want more!