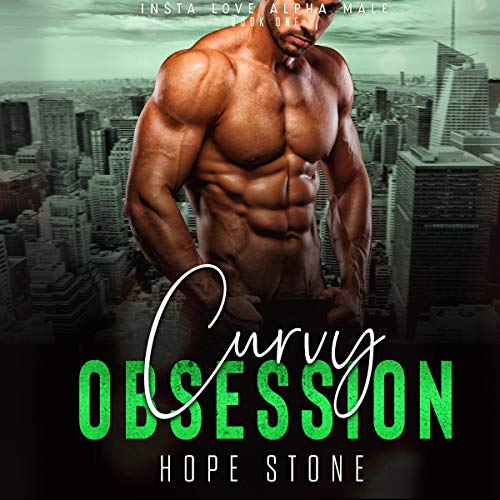 By: Hope Stone
Narrated by: HotGhost Productions,Caitlyn Johnston
Try for £0.00

Tech billionaire Finley Joseph sets off to a remote island for a conference with some of the greatest tech minds in the world. But what he doesn’t expect is that the gorgeous assistant he’s assigned for the week will turn out to have a dark secret.

Can he ignore the betrayal in the name of love?

She smiled, but I could tell that what the voluptuous redhead really wanted to do was roll her eyes. I know that I came across as a stubborn billionaire who was used to having his way, and I guess, to a certain degree, that is exactly what I was.

I knew that if I wanted to get my job done, I was going to have to be as charming as possible. I knew I could do it. I just didn’t like being fake. But everything about what I had to do for that week was fake. I didn’t like it, but I knew what I had to do.

In this steamy insta-love romance, you’ll be taken on a journey with intrigue, betrayal, and loads of romance. There are no cliff-hangers and there is a guaranteed HEA in this stand-alone story in the alpha male series.

Curvy Obsession is first book in the Insta Love Alpha Male series. Each book in the series can be listened to as a stand-alone.

If you love short and sweet insta love stories with steamy love scenes and a little drama, then you're going to love this series.

What listeners say about Curvy Obsession

I have always loved a good insta love story and this is definitely a good one. It packs a lot of story in for such a short book which is always welcome

hard to tell which character was speaking

this audio would have been better with two distinct voices. sometimes it was hard to tell if the male or female character was speaking.

Just try a different book! To short and narrator is horrible. Sorry but don’t waste your credits

This is a short book with betrayal and love.
She would do anything for her father. He needs to keep his company doing well to support his loved ones.
Well written and read.

Finley and Ally basically felt attracted to each other since the moment they meet. It easily became an insta-love story. Short but good. I voluntarily reviewed this audiobook.

As the title says it is short and sassy. It left me wanting more. Then again I like longer reads

Great read and highly recommend this audiobook. Fantastic and loved the story. Narrator did a fantastic job also.

I really enjoyed this audio book. The characters were likable and the story was entertaining. The narrator did a great job bringing the story and characters to life. Highly recommend it!

Not a bad story

This isn’t a bad story. The she takes the job on not knowing that she’d eventually like what her temporary stood for. Then things get conflicted , but in the end a HEA is achieved.
But on the narrator Caitlyn is okay I just find that her voice for some stories sounds to young and she seems to rush through some words.

A nice short storyline. Finley and Ally meet due to his needs for an assistant. During that short time love blossoms between them. Sadly due to Ally ulterior motives they have a falling out. Findlay and Ally are able to over come that. I enjoyed this story

I thought this was a great insta for the length of the story. This is one of the first for this author. It had more story than I expected for the short amount of time and sometimes I just love a great insta story. What made this story for me was that it didn't just end, you got a look at how their lives unfolded in the future. I have listened to several books this short but this had a great "epilogue" for closure and I am a sucker for finding out how things are for my characters in the future. The narrator did a good job,.

I was given this free review copy audiobook at my request and have voluntarily left this review.
AudiobookObsession
AudiobooksUnleashed