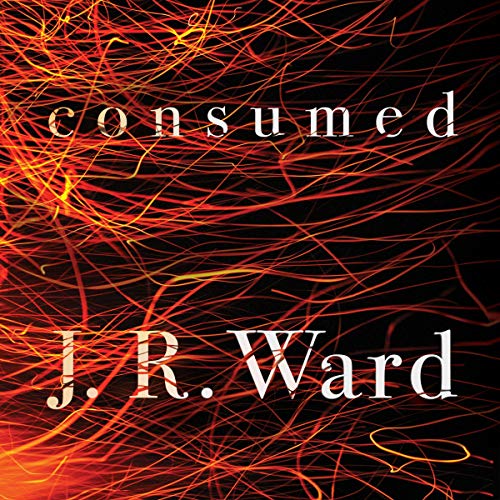 From the number one New York Times best-selling author of the best-selling Black Dagger Brotherhood series, get ready for a new band of brothers. And a firestorm...

Anne Ashburn is a woman consumed - by her bitter family legacy, by her scorched career as a firefighter, by her obsession with department bad boy Danny McGuire and by a new case that pits her against a fiery killer.

Strong-willed Anne was fearless and loved the thrill of fighting fires, pushing herself to be the best. But when one risky decision at a warehouse fire changes her life forever, Anne must reinvent not only her job but her whole self.

Shattered and demoralised, Anne finds her new career as an arson investigator a pale substitute for the adrenaline-fueled life she left behind. She doesn't believe she will ever feel that same all-consuming passion for her job again - until she encounters a string of suspicious fires setting her beloved city ablaze.

Danny McGuire is a premiere fireman, best in the county, but in the midst of a personal meltdown. Danny is taking risks like never before and seems to have a death wish until he teams up with Anne to find the fire starter. But Danny may be more than a distraction, and as Anne narrows in on her target, the arsonist begins to target her.

What listeners say about Consumed

JR Ward smashed it with this book. Perfect story, plot and twists. Absolute must read!

I loved this book, it's a great start to what promises to be a great series! Anne and Danny were a great match, I loved the rest of the crew too, and Soot! I feel like Anne's story isn't finished yet, while she resolved a lot personally, there is still a certain business man she has to take down! I think Danny still has some things to work through as do some of the other firefighters, including Anne's brother. I can't wait for the next in the series!

I've been a fan of J.R. Ward for a while and though I've always had my criticisms I've generally liked her and found her books an easy and entertaining read. But in the last five years I have definitely noticed a decline in her books which has made me reticent to keep reading/ listening to her new releases.

Consumed did nothing for me. It was overly drawn out with too many side stories and not enough substance. The characters weren't properly developed and it was hard to actually like any of them, let alone root for them. Between Anne and Danny there was no chemistry. Besides wanting to sleep with each other, you really didn't understand how they could fall in love.

J.R. Ward has created some fantastic characters in her other books, which is what made me like her in the first place. The men are sexy and hyper-masculine but they're still gentlemanly and respectful (unlike a lot of the Biker Romances) and the women are generally of strong character. But it seems that after Black Dagger Brotherhood she has started to recycle her characters through her new books and it's too obvious to ignore.

Going to have to ask for my credit back on this one.