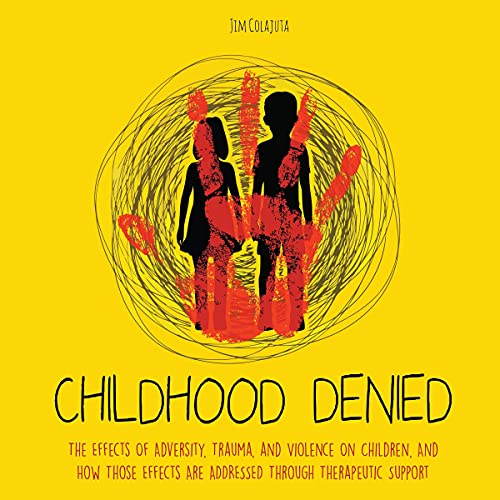 By: Jim Colajuta
Narrated by: Jim Chapel
Try for £0.00

Throughout history, violence against children has taken every possible form (physical, emotional, psychological, sexual, neglect, and child labor), at times adopting quite strange shapes. He went on to say that in ancient times, even the right to life had to be conferred by a rite; before that, a kid with no rights might be disposed of as casually as an aborted fetus.

Throughout much of history, adult-adolescent sexual interaction was not only permitted but often the standard; adult-child sexual interaction was somewhat less common but still reasonably prevalent. Many famous historical characters demonstrate that adult/adolescent, and to a lesser extent adult-child, sexual behavior was widespread and generally tolerated. The man-boy partnerships that were frequent in ancient Greece and Rome are one of the most well-known examples. Individual examples include St. Augustine, Mahatma Gandhi.

Child abuse and neglect do not often have visible warning signals. However, by learning to spot the indicators of a problem, you can make a significant impact on a child's life. Child abuse is more than simply black eyes. While physical abuse is horrifying because of its scars, not all indications of child abuse are as visible. Ignoring a child's needs, leaving them unsupervised in risky settings, exposing them to sexual situations, or making them feel worthless, or foolish are all forms of child abuse and neglect that can leave profound, lasting scars on children.

Abuse and neglect of any kind leave permanent scars. Some of these scars may be physical, but emotional scarring has long-term consequences, affecting a child's sense of self, future relationships, and capacity to perform at home, work, and school.

Individuals who have been traumatized as children face unique issues that can be addressed via various healing techniques. The approach used and its efficacy differ from person to person and frequently change over time as the nature of trauma and healing shifts.

What listeners say about Childhood Denied

You should listen to this audible!

I found this to be so enlightening and incredibly helpful. I found my path to recovery, listening to this gave me the comfort and guidance I needed to stride down that road with purpose.

This audiobook caught me by surprise.. I am really impressed. It has clarified so much for me and offered a lot of healing. Very thankful I found this audiobook and am recommending it to many of my friends.

I just started this work audiobook and it’s really helpful. It’s a great way to learn to cope and what reasons you might be having attacks. I would recommend it to anyone suffering from anxiety and stress and letting it affect their daily living.

What a fantastic audiobook!

Excellent insights into a number of topics and themes. He comes to the conclusion that life is ultimately meaningless as it is sucked up in a vacuum of cosmic evolution. Highly recommend. I had listen this book in its pulp may form, then in the original. I am glad I listen it again. This conception gives some hope for mankind.