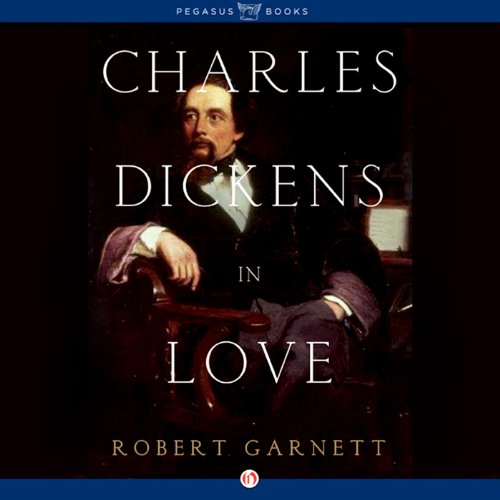 By: Robert Garnett
Narrated by: Steven Crossley
Try for £0.00

Narrator Steven Crossley has won multiple AudioFile Earphones Awards in addition to the prestigious Galaxy British Book Award, and listeners will quickly understand why as they listen to his wonderfully expressive performance. Dickens loved well but not wisely - jilted by his first love, he went on to marry a woman he little affection for and found himself falling in love with her sister instead. Despite having ten children with his wife, Dickens separated from her in order to live with his 18-year-old mistress. Crossley narrates with authority, and his velvet-coated voice adds warmth and ruefulness to his compelling portrayal of Dickens.

Using hundreds of primary sources, Charles Dickens in Love narrates the story of the most intense romances of Charles Dickens’ life and shows how his novels both testify to his own strongest affections and serve as memorials to the young women he loved all too well, if not always wisely.

When Charles Dickens died in 1870, he was the best-known man in the English-speaking world - the preeminent Victorian celebrity, universally mourned as both a noble spirit and the greatest of novelists. Yet, the first person named in his will was an unknown woman named Ellen Ternan - only a handful of people had any idea who she was. Of his romance with Ellen, Dickens had written, “it belongs to my life and probably will only die out of the same with the proprietor,” and so it was. She remained the most important person in his life until his death.

She was not the first woman who had fired his imagination. As a young man he had fallen deeply in love with a woman who “pervaded every chink and crevice” of his mind for three years, Maria Beadnell. When she eventually jilted him he vowed that “I never can love any human creature but yourself.”

A few years later he was stunned by the sudden death of his young sister-in-law, Mary Scott Hogarth, and worshiped her memory for the rest of his life. “I solemnly believe that so perfect a creature never breathed,” he declared, and he died over thirty years later still wearing her ring. Charles Dickens has no rival as the most fertile creative imagination since William Shakespeare, and no one influenced his imagination more powerfully than these three women, his muses and teachers in the school of love.

What listeners say about Charles Dickens in Love

… though tiresome in its repetitive expounding of Dickens’ obsession with the young and innocent child-woman who appears in so many of his books. His poor wife, mostly left out of the text and out of his affections, is described as having ‘reckless fecundity’ at one point, as if she alone were wilfully creating their huge family. Her poor dear of a disappointed husband meanwhile dreamt of the innocent girls who were ,in real life and in his novels, forever unattainable.
Although the book is sympathetic to Dickens, I found it hard to remain so, and gave up listening before Ellen Ternan .