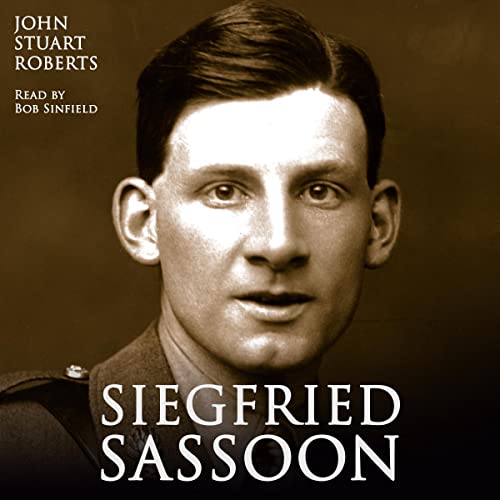 By: John Stuart Roberts
Narrated by: Bob Sinfield
Try for £0.00

Although it is said that he owed his poetic vision to his Sephardic Jewish roots, Siegfried Sassoon was, in many ways, a conventionally Edwardian squire. And although near-suicidal bravery won him the Military Cross (Sassoon was famously fictionalized in Pat Barker's Regeneration trilogy), his poetry shattered the ideals of wartime heroism.

A gifted poet, who refused to become part of any literary movement, his friendships ranged from Thomas Hardy and Robert Graves to the Sitwells, Rupert Brooke and T.E. Lawrence. In this acclaimed biography, John Stuart Roberts skillfully chronicles Sassoon's life and work, including his homosexuality, his marriage and his quest for a personal religious faith. His inner journey to Catholicism in his final years is charted with a sensitivity and authority that are the hallmarks of this masterly portrait.

What listeners say about Siegfried Sassoon