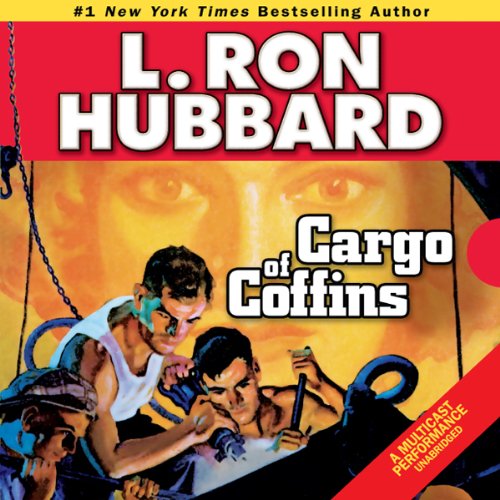 If Lars Marlin had three wishes, two have already been granted: he has escaped from Devil’s Island ... and he has come face to face with the man who put him there—Paco Corvino. But the third wish—putting a bullet in Corvino—will have to wait. Now the two are off to sea serving on a luxury yacht.

Corvino is a convict, con-man and killer who has schemed his way into a position as chief steward on a luxury yacht sailing out of Rio de Janeiro. And, in a twist as devious as it is diabolical, he’s managed to install Lars - his hated rival - as captain of the very same vessel. And there are even darker twists to come. . . .

Lars is determined to find out what Corvino has up his sleeve . . . and what killer cargo he’s hiding on board. But the yacht owner’s daughter proves to be a beautiful - and dangerous - distraction. Will Lars be safe in her arms . . . or is she part of Corvino’s plot - a deadly trap set with honey?

Don’t miss the boat—as the audio version of Cargo of Coffins brings to vivid life this scintillating story of suspense and surprising revelations at sea. “An exciting story that will keep the listener wanting more.” —Gil Wilson

What listeners say about Cargo of Coffins

Where does Cargo of Coffins rank among all the audiobooks you’ve listened to so far?

top ten percent, fantastic cast, and good rendition! Just as good as the full family cast used to be on the Heinlein books before they were discontinued.

the streets of Casa blanca