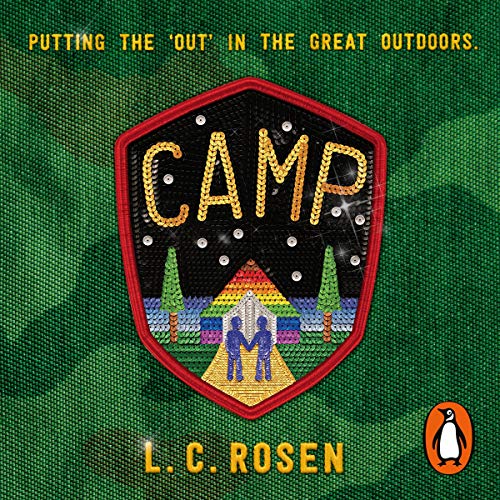 Feelgood LGBTQ romantic comedy from the acclaimed author of Jack of Hearts (And Other Parts).

This year, though, it's going to be different. Randy has reinvented himself as 'Del' - buff, masculine and on the market. Even if it means giving up show tunes, nail polish and his unicorn bedsheets, he's determined to get Hudson to fall for him.

But as he and Hudson grow closer, Randy has to ask himself how much is he willing to change for love? And is it really love anyway, if Hudson doesn't know who he truly is?

What listeners say about Camp

This is a book *for* queer people, not just *about* queer people. Sure, cisgendered heterosexuals cans and should read it but Rosen doesn’t spoon feed the queer lore or shy away from realities of queer experiences.

My main criticism is that the central premise of the story could have been explored in more depth, to acknowledge that there isn’t always a twist or subterfuge. Leading to the second criticism, that I could happily have sat through twice the book. But better to be wanting more than less.

Narration is flawless throughout too. Like the writing, Caiden’s delivery is unapologetic. Characters are differentiated without the need for silly overwrought voices and accents, and timing is impeccable.

This is brilliant. Listening to this makes you wish a place like this existed. Man, I really could have done with a camp like this one. Thoroughly recommend.

I just love a love story, and adore the queer camp concept (totally want to start one in the real world!) and I live for the inclusive writing and characters, including trans and nonbinary characters seamlessly into the story made this 1000% better for me. What a joy to listen to!! x