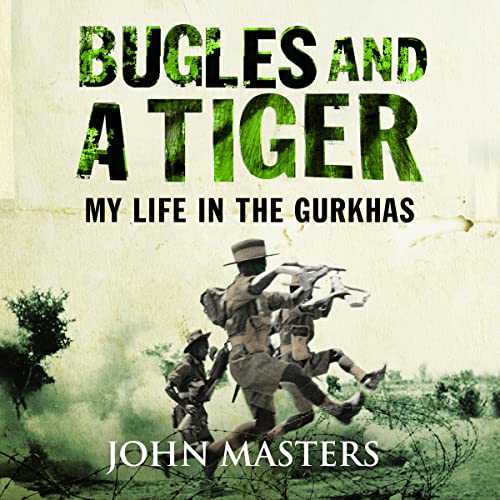 Bugles and a Tiger

By: John Masters
Narrated by: Roger Davis
Try for £0.00

The first of John Master's evocative memoirs about life in the Gurkhas in India on the cusp of WWII.

John Masters was a soldier before he became a best-selling novelist. He went to Sandhurst in 1933 at the age of 18 and was commissioned into the Fourth Gurkha Rifles in time to take part in some of the last campaigns on the turbulent North-West Frontier of India.

John Masters joined a Gurhka regiment on receiving his commission, and his depiction of garrison life and campaigning on the North-West Frontier has never been surpassed. Bugles and a Tiger is a matchless evocation of the British Army in India on the eve of the Second World War. Still very much the army depicted by Kipling, it stands on the threshold of a war that will transform the world. This book is the first of three volumes of autobiography that touched a chord in the post-war world.

What listeners say about Bugles and a Tiger