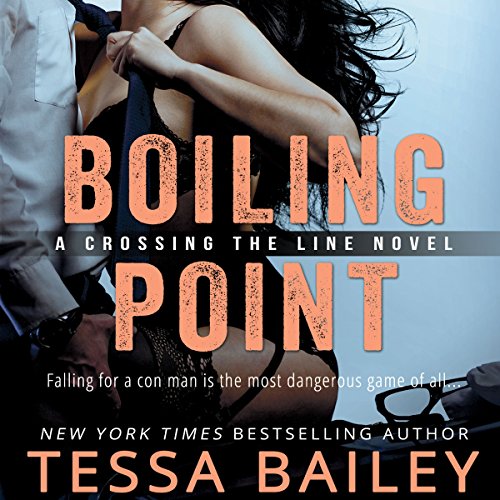 By: Tessa Bailey
Narrated by: Jill Redfield
Try for £0.00

Falling for a con man is the most dangerous game of all....

Con artist Austin Shaw's been in disguise so long he's not sure where his fake identities end and he begins. Now that he's been strong-armed into working for a specialized undercover unit working with the Chicago police - criminals with unique "skills" - the last thing he needs is to risk his iron control. Especially when it comes to a certain stunningly sexy hacker who tempts him with every look of disdain.

Polly Banks will never, ever trust a con man. On the trail of a ruthless crook who destroyed the only family she's ever known, Polly is unnerved by the shadow who follows her every move. The one who makes her pulse pound and breath short with lust. Austin. He's infuriating, enigmatic, and pure sex appeal, and she's determined to resist him.

But an untrustworthy man of disguise can become anyone he wants...including a man that Polly must trust if she's to escape their dangerous game alive.

Each book in the Crossing the Lines series is a standalone, full-length story that can be enjoyed out of order.

Prequel Novella: His Risk to Take

Book 1: Risking it All

What listeners say about Boiling Point

music to any womens ears, "whatever pleases you Mistress" wow what a fantastic book! each one in this series is so different, I absolutely love each and everyone, so yourself a favor and start with the first one though! the narrator is amazing all around well worth the credit!

I will finish the series although...

Every character seems to be obsessed beyond the point of reality and have bionic sexual stamina. The things said by the characters are meant to sexy but are humorous instead. I will finish the series to see how everything wraps up. The stories are entertaining and the reader is frustratingly grating and good from one minute to the next.

if you're feeling smutty definitely get this book

it was entertaining for sure and I'll probably get another one, the storyline doesn't the most powerful one on the planet but it was still good

Boiling Point is my favorite in the series and OMG! I absolutely love Polly and Austin! Polly is a hacker, who is also an ex-con and is on a path of revenge! She wants to ruin the con artist who ruined her dad’s and her life. And who does she end up falling for but another con artist as well?

In Up in Smoke, we meet Austin in one of his disguises! He is a con man who uses his charm to get women to do his bidding. But what is surprising is that he is the sub in this relationship! Yes, there is a bit of a dom-sub relationship between Polly and Austin, with Polly taking the lead! Oh, and did I mention that Austin is British?

I personally love Boiling Point because I think there is more plot and more character development as compared to Tessa Bailey’s earlier books.

My only complaint with Boiling Point is that the defeat of the villain was too abrupt and felt too quick. I wanted more action, but unfortunately, there wasn’t.