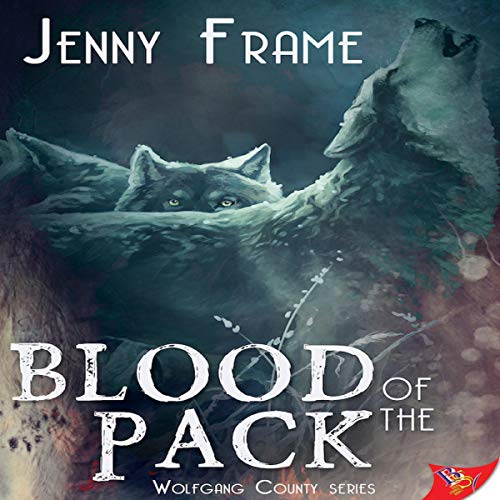 Blood of the Pack

By: Jenny Frame
Narrated by: Melissa Sternenberg
Try for £0.00

As the new Alpha of the Scottish Wulver pack, Kenrick Wulver has a bright future ahead. All she needs is her destined mate to share it with. Zaria Lupa isn’t looking for love. She’s been on the run from Leroux, Alpha of the American Lupa pack, ever since Leroux killed her sister.

When the Lupa wolves find Zaria, she runs to Wolfgang County for protection, where Kenrick is visiting her friend Dante. Kenrick takes Zaria under her wing, showing her the care and attention she’s never experienced. Zaria refuses to believe she is Kenrick’s destined mate. To her, mating is just an excuse for abuse and control, no matter how kind Kenrick may seem.

When Kenrick convinces Zaria to come to Scotland to visit the Wulver pack, she hopes for a fresh start. But the Lupa wolves aren’t finished with Zaria, and their revenge may destroy any chance at love.

What listeners say about Blood of the Pack

I love Jenny Frame's Pack book series, and boy did we have to wait for this audiobook to come out, I saved my credit almost a month and a half to get it. Well worth it, I'm not complaining! In this book we have a new narrator, all three have had a different narrator, and I do wish they could settle on one so that there could be some consistency. This narrator did a fine job and did well on the accents, but, OMG, if she didn't mispronounce almost every name, business name and pack titles. it was maddening and truly boggled my mind just how many she managed to mispronounce! Even ones you would think couldn't be mispronounced. I don't know how these things work, maybe I thought they gave new narrators to a series a cheat sheet with the phonics of the main nouns laid out, I don't know, but maybe that could be a good thing to give to any new narrator in the future, because it does drive you a little nuts. Other than that I did like the narrator. I also liked how Frame tied this series to her vampire book and can see so many possibilities for her future books. I can't wait to see what comes next.

One of my favorite writers

Jenny Frame writes in several genres and I read anything she writes. Great werewolf paranormal romance adventure is a great story. Marvelous narration.

The story line can be easily predicted but it still is a good read. The narrator, I had to get used to at first but became more natural sounding about chapter 5. I will eventually listen to this one again.

This series is a must

the characters are strong willed and everything you would think werewolves would be. the only complaint I have is the changing of pronunciations from the narrator of this particular book.

The story was amazing, I enjoy every moment and love the mix of all the couples. At first the Scottish accent was poor but at the story goes deeper Melissa nail it.

Good for the Wolfgang county series

Jenny Frame is one of my favorite lesbian romance writers! That being said, I like this series about werewolves...but her others are still way better to me.

Jenny Frame can spin a good yarn about some werewolves. I have wanted to be a part of the Wolfgang family since book 1 and this book just made me want that even more. I can't wait for the next installment of the series.

Another good installment of this series!

I continue to enjoy this series after each sequel! Good plot twists overall. I liked the slow build of the love between the main characters. The narrator did a decent job as well. The accents at times were not too believable at points but still OK. She did a great job conveying emotions tho. Overall, I'd recommend this book.