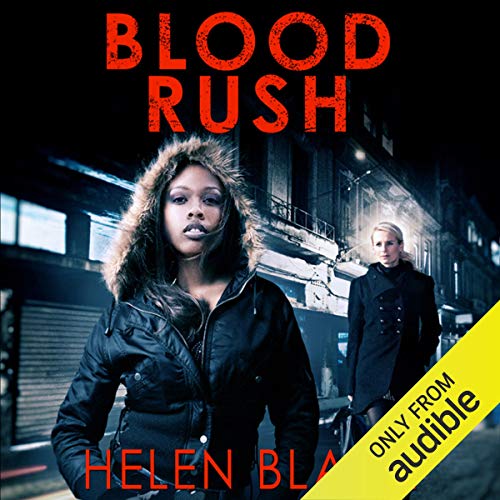 By: Helen Black
Narrated by: Imogen Church
Try for £0.00

Would you commit murder, just to fit in?

The UK is gripped by the threat of gang violence - the media is building on that hysteria, convincing us that knife crime is rife and the streets are flooded with guns and drugs. So when a member of a notorious girl gang is charged with a brutal murder, sympathy is in short supply. Enter Lilly Valentine, a tough talking lawyer who is never prepared to take things at face value and is determined to uncover the truth, whatever the cost.

A gripping crime novel that will force every listener to reassess what they think they know about society and gang culture.

About the author: Helen grew up in Pontefract, West Yorkshire. At 18 she went to Hull University and left three years later with a tattoo on her shoulder and a law degree. She became a lawyer in Peckham and soon had a loyal following of teenagers needing legal advice and bus fares. She ended up working in Luton, working predominantly for children going through the care system.

What listeners say about Blood Rush

I would give no stars if possible

I hated this from the minute I started listening - the gang fight - the awful speech - etc. but when I got to the part where the heroine/solicitor was not capable of keeping staff because she was so untidy and disorganised - and then when we caught her trying to make a 360 degree circuit/twirl on her secretary's office chair, I really decide that I had better things to do.

I bought this based on quite good reviews - but my goodness, I found it abysmal in both characters AND writing.

A story of our time

Not only is this superb story that lets you into the lives of another generation but Imogen Church really brought it to life. Superb story telling and I will be looking for other story narrated by Imogen. Overall fantastic union of writer and narrator. Highly recommended.

At first I almost gave up on this, it was my first Helen Black book, actually... I did. I managed about 30 mins and thought I'd bought a teen book by mistake. I left it alone for a couple of weeks and then one day, at a loose end I reluctantly came back to it and I'm so pleased I did.

Within a short time I was completely drawn in and didn't want to put it down. I love the insight into London's drug and gang underbelly and how the characters and their relationships developed.

I am now looking forward to hearing more from Helen Black.

Would you listen to Blood Rush again? Why?

Probably. I enjoyed everything about it.

The characters, the believable (if grim) scenario. The compassion which the author shows for people from all walks of life: there are no cardboard-cutout goodies or baddies,only very credible, rounded characters. It was well-structured, very gripping, but with a humorous light hand at times. I'd definitely look out for Helen Black's work in future.

Have you listened to any of Imogen Church’s other performances? How does this one compare?

I think she's brilliant - much the best female narrator so far. She's really good at accents where so many actors don't quite cut it; she gets all the nuances and intonations in the right places, which not many manage to do! She and Helen Black's work make a great working partnership, but I think Imogen Church could make even a mediocre book interesting.

There were several. Amongst others, the bit in the cafe where Chika drops her bravado and tells Demi exactly what happened on the night of the attack; most of Jamie's scenes; the scenes in the collapsing tower block where the characters interact.

Having a one-star review as the first in line, put me off buying this book at first glance. Then I got it regardless, and I'm glad I did! I really don't understand how those two other reviewers gave it such a poor rating. It sounds as if they simply picked a style and genre of novel which wasn't their cup of tea...it beats me why they bought it in the first place. It's a shame when people can't tell the difference between bad quality and something which just isn't to their taste.

Not sure why but the book doesn't quite pull it off for me. The quality of performance varies and the whole just isn't quite right.

Not a book I would recommend

What would have made Blood Rush better?

Difficult to say. The book was awful from beginning to end with a very weak storyline and not particularly well narrated.

Has Blood Rush put you off other books in this genre?

Would you be willing to try another one of Imogen Church’s performances?

What character would you cut from Blood Rush?

I really enjoy this author and the narrator, I have several books by both of them in my library.
The main character, Lily, is a total scatterbrain, but also a very dedicated family services lawyer. Although the subject matter can be harrowing there is enough levity in what Lily gets up to at home and in the office to keep it balanced.
I love the narrator, she has different, believable voices for all the characters which makes listening to the book a pleasure.

I started of wondering why i downloaded this. not my normal style and had no real interest in gang culture. Something in the description made me want to try. So glad i did. It took a little while to get into the pace and style. Was not sure about the narrator. again personal and not a criticism.

BUT. then i just started to get it. I found I cared about the main characters and was drawn into a brilliant plot that is full of sadness and desperation with a health layer of wit and humour. The climax leave you wanting more. I will be looking for more books from Helen in the future.

Arrived as promised and in good condition. Helen Black is a great researcher of the subject of all of her books. This is no exception and covers a subject that is still very much at the forefront of modern day crime----weapons and gang culture. I was kept interested all through the book and will buy more from this very good author.

Imogen Church was fantastic with the delivery of the story

Better Than the Previous Novel, but Sloppy

The previous Helen Black novel was so egregious, I almost passed on this novel. I liked Lily slightly better in this story, but she still makes poor decisions pretty consistently.

My biggest grievance is the lack of editing. For example, the author uses the device of saying the character “kissed her/his teeth”, not once or twice but 12 times! It was so boringly repetitive that I started counting its frequency. If you listen to this audiobook with friends, it might make a fun drinking game, though.

As always, Imogen Church is magnificent!

I really like this author, I have read two of her books this being the second. The ending left a lot of answered questions.
Imogen Church is truly fantastic in every book, In fact, I will look for books that she narrates because she is that good..

If you like a great ending this book is not for you.. I think this author is capable of great things but needs work on the endings.

Would you consider the audio edition of Blood Rush to be better than the print version?

I have not read the print version; but since Imogen Church narrates the audio, nothing could be better. I discovered Helen Black because Imogen Church does the narration. I am addicted to Imogen Church, and I love thrillers, so I search for thrillers narrated by her. This was a good find.

What was one of the most memorable moments of Blood Rush?

Maybe the scene in the crack house? This was a very atmospheric, scene heavy novel, so there were many.

What does Imogen Church bring to the story that you wouldn’t experience if you just read the book?

Thanks for giving me a chance to rhapsodize about my favorite narrator! She is able to embody each character with their unique voice, without drawing attention to the transition. Her velvety voice draws one inside the story, and is never distracting in itself. Her timing is always flawless. I find it very difficult to wean myself off of Imogen Church when I want to listen to a book narrated by someone else. I have listened to four Imogen Church narrations in a row. My definition of bliss is to be read aloud to by Imogen Church.

Sorry, it would be a spoiler.

This is a fascinating glimpse inside the world of girl gangs, poverty and adolescent angst.