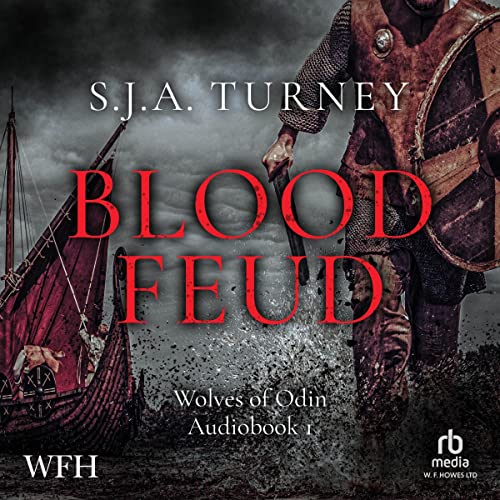 The Wolves of Odin have been unleashed: the hunt has begun.

Anno Domini 1040. Christianity has swept unstoppably across Scandinavia, leaving few enclaves of the old ways clinging on to their fading world as King Olof of Sweden works to convert his people. A young warrior, Halfdan, has witnessed the ‘mercy' of the Christian lords, watched his people attacked, his village burned and the Odin stone toppled as heretical. Watched his father cut down by an ambitious Christian jarl and his zealous priest. Among the ashes of his world, he vowed an oath of vengeance before all the gods. That oath will bring together an unlikely band of allies and carry them to the very edge of the world, fighting giants, dragons and wraiths, in pursuit of his father's killer: Yngvar. The jarl is powerful, and the weaving of Fate difficult, but the blood price must be paid.

“An intelligent, fast-paced but finely crafted novel of battle, comradeship and bloody revenge–with some surprising twists along the way. Highly recommended to all those who enjoy a superior Viking adventure yarn!” ANGUS DONALD

What listeners say about Blood Feud